In Case You Missed It: 2017 Runoffs Winners 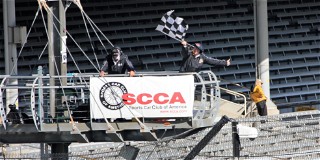 Now part of Club history, the 54th SCCA® National Championship Runoffs® at Indianapolis Motor Speedway was an event for the ages.  There was fantastic racing on the 15-turn, 2.592-mile road course that included portions of the IMS track previously utilized by Formula One for the U.S. Grand Prix and used by the Verizon IndyCar Series for the Grand Prix of Indianapolis.

In a few weeks, on-demand videos from each race will be available at SCCA.com, as well as through www.MotorTrendondemand.com for subscribers. But in the meantime, below are the winners in each of this year’s 28 classes.

Start planning now for the 2018 National Championship being held October 16-21 at Sonoma Raceway in Sonoma, California.  This will be the first time the Runoffs have visited that track just north of San Francisco.