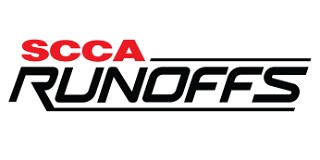 TOPEKA, Kan. (Jan. 8, 2020) -- After a run of seven different venues over seven years, Sports Car Club of America’s leadership will shift its strategy beginning in 2022 for the iconic SCCA® National Championship Runoffs®.

A thorough analysis of the entire Runoffs venue rotation program, which included member/participant feedback from National Championships and participation trends from each of SCCA’s nine divisions over the last seven seasons, has resulted in a decision to again focus on Runoffs venues east of the Mississippi following the 2021 National Championship. Additionally, Sports Car Club of America® will now also consider two-year stints at select venues in the future.

While Runoffs rotation did offer some members an opportunity to compete who otherwise would not have, analysis shows rotation also introduced inconsistency across divisions. Participation typically increased locally when the Runoffs was “coming to town.” However, in off years, involvement actually decreased below levels seen prior to the rotation. Research revealed that even some of the most dedicated national racers opted to skip a Runoffs event because of location in a single year.

SCCA leadership -- which includes the Board of Directors, Club Racing Board and national staff -- recognizes any strategic shift may disappoint some of the membership, and difficult decisions such as this are not made lightly. However, these changes are appropriate to support the goals of the organization as a whole -- to fuel a safe, fun and exciting motorsports experience for automotive enthusiasts -- as well as build healthier, more stable road racing programs across the country. The decision to adjust the Runoffs rotation comes in concert with creation of a Runoffs Appearance Fund for 2020, an initiative designed to assist top performing racers during the season with funds to attend the Runoffs, particularly those competitors who travel a great distance.

As for conducting Runoffs events for two consecutive years at some venues, that decision resulted from feedback provided by drivers, teams, workers and fans. They voiced a desire to develop greater familiarity with a track, facility and surrounding areas with visits in consecutive years. Two-year stints will also allow event organizers the opportunity to amortize new venue expenses and focus on other elements of the Road Racing program.

SCCA’s Runoffs -- the year-end, winner-take-all championship event for the Summit Racing Equipment SCCA Road Racing program -- began its rotation back in 2014 with a visit to WeatherTech Raceway Laguna Seca in California. Daytona International Speedway then hosted the Runoffs in 2015, followed by Mid-Ohio Sports Car Course in 2016, Indianapolis Motor Speedway in 2017, Sonoma Raceway in 2018 and VIRginia International Raceway this past year. In 2020, the event will return to Road America, which previously hosted the National Championship from 2009 to 2013, before returning in 2021 to Indianapolis Motor Speedway.

The National Championship Runoffs has evolved into what is now commonly agreed to be the pinnacle of American motorsports. Since 1964, SCCA has crowned Road Racing’s National Champions each year through dozens of separate races over three days. Founded in 1944, Sports Car Club of America is a 67,500-member motorsports organization that incorporates all facets of autocross, rally and road racing at both Club and professional levels. With headquarters in Topeka, Kansas, the SCCA annually sanctions around 2,000 events through its 115 Regions and subsidiary divisions. Much of the SCCA’s activities are made possible with support from the following Official Partners: Hagerty, the Official Insurance Partner of SCCA; Hawk Performance, the Official Brake Products of SCCA; Sunoco, the Official Fuel of SCCA; and Tire Rack, the Official Tire Retailer of SCCA. To learn more, please visit www.scca.com.