In Case You Missed It: 2019 Runoffs Recaps 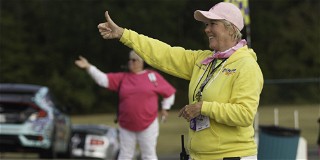 The 56th running of SCCA’s National Championship Runoffs® at VIRginia International Raceway is now in the history book. This was the very first time the SCCA® National Championship visited the 18-turn, 3.27-mile circuit located along the border of North Carolina and Virginia, and the venue produced many exciting moments. Some of the highlights included John Phillips claiming a championship and Super Sweep in B-Spec after nearly 30 tries, maiden victories for a handful of competitors, a fantastic F Production race, Mark Boden making three podium appearances, and so much more.

Start planning now for the 57th annual National Championship Runoffs being held Oct. 5-11, 2020, at Road America in Elkhart Lake, Wisconsin. That will be a return visit for the Runoffs to that 4.048-mile, 14-turn circuit which previously hosted SCCA’s National Championship for five years straight from 2009 to 2013.

In the next few days, on-demand videos from each race will be available to watch for free at SCCA.com. But in the meantime, below are written recaps for each of this year’s 28 race classes.

- Touring 1: Third Time's the Charm at VIR for Mark Boden in T1 at Runoffs

- Touring 2: Busy Weekend Ends in Win for MacNeil in T2

The Sports Car Club of America®, Inc., founded in 1944, is a 67,500-member motorsports organization that incorporates all facets of autocross, rally and road racing at both Club and professional levels. With headquarters in Topeka, Kansas, the SCCA annually sanctions over 2,000 events through its 115 Regions and subsidiary divisions. Much of the SCCA’s activities are made possible with support from the following Official Partners: Hagerty, the Official Insurance Partner of SCCA; Hawk Performance, the Official Brake Products of SCCA; Sunoco, the Official Fuel of SCCA; and Tire Rack, the Official Tire Retailer of SCCA. To learn more, please visit www.scca.com.