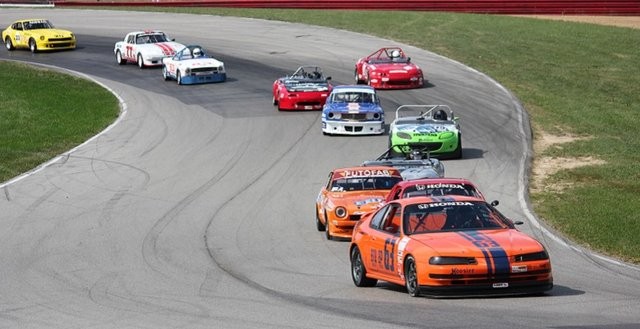 One year ago, the SCCA U.S. Majors Tour visited Mid-Ohio as a precursor to the SCCA National Championship Runoffs® being held a few months later at the same venue. Back then, the Mid-Ohio Majors Tour course layout mimicked that of the Runoffs, a 2.25-mile, 13-turn circuit. But this time, things have changed. The Hoosier Super Tour stop this weekend at Mid-Ohio will utilize the original, classic 2.4-mile, 14-turn “Club Course” that incorporates the old-school “Chicane” delivering drivers unto the “Keyhole.”