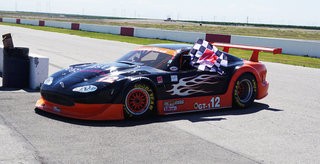 Buttonwillow Raceway Park is one of the premiere road racing and testing facilities in the United States. The track itself offers over 40 different configurations and can be run in a clockwise or counterclockwise direction. The East and West loops can be run simultaneously allowing two separate events to take place at the same time. When the East and West loop are combined, the main track is 3.1-miles long.  The 2017 Hoosier Racing Tire SCCA Super Tour will utilize course 25, counterclockwise.