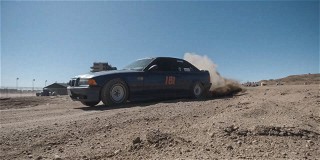 It wasn’t long ago that we announced the 2022 RallyCross National Championship would be heading to Colorado on Sept. 23-25 for the first time in more than a decade, with Colorado RallyCross – a Colorado and Continental Divide Region collaboration – poised to host the title RallyCross event just a few miles from where the RallyCross National Championship was hosted in 2009-’10. But while locals will have an idea of what the surface and facility hold in store, those traveling from outside the area are undoubtedly hunting for a sneak peek. Luckily, we have just that.

Check out the video below – and while the RallyCross National Championship event is already sold out, that doesn't mean there aren't plenty of RallyCross events taking place across the country you can participate in, so click here and start getting dirty!