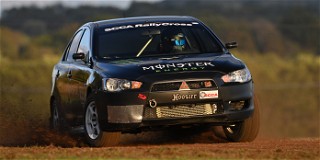 The date and location for the 2022 SCCA RallyCross National Championship have been locked in, with RallyCrossers from across the nation now set to converge on Pikes Peak International Raceway in Fountain, CO, on Sept. 23-25.

Competitors hoping to gain a “home field” advantage should keep an eye on the Colorado RallyCross website, as the group will be hosting events at Pike Peak International Raceway multiple times this season in order to build experience with the site and maintain a good competition surface.

The 2022 Colorado RallyCross schedule can be found here.