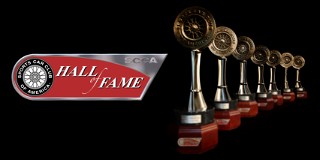 The June 15, 2022, nomination submission deadline for the 2023 SCCA Hall of Fame is fast approaching, and the Club needs your help. As previously noted, Club members are encouraged to nominate those within the SCCA who have made a significant contribution to the Club or to the world of motorsports in general, with eligible nominees coming from any era of the SCCA’s near 80-year history.

The Hall of Fame Legacy Committee, one of several committees for the SCCA Hall of Fame, is tasked with researching candidates from early within the Club’s history and is soliciting nominations from those who recall the SCCA’s early days.

“The Legacy Committee specifically looks at SCCA’s history from the Club's formation in 1944 up until 1960, and we are always researching that period for nominations,” he adds. “However, as time marches on, it becomes more difficult for us to do that without the help of the SCCA membership. Therefore, we are encouraging current members to reach back into their memories and nominate those older members whose efforts for the SCCA during that early timeframe should be recognized by induction into the SCCA Hall of Fame.”

Regardless of the timeframe of the nomination, the purpose of the SCCA Hall of Fame is to preserve, protect, and record the history and accomplishments of the Club for current and future members by recognizing those who have had a significant impact on the Club and the sport. This may be through service to the National organization, achievements in competition, advancement of the sport, or bringing recognition to the SCCA that inspires enthusiasts to seek out and become SCCA members. Since 2005, a wide array of individuals meeting these criteria have been inducted into the SCCA Hall of Fame.

Those submitting nominations should include their own email address, phone number, or mailing address in the event they need to be contacted for more information about the nominee. And while the deadline for the 2023 SCCA Hall of Fame is approaching, members are encouraged to submit nominations throughout the year, regardless of the deadline.