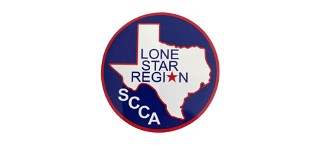 Upon a fiery horse with the speed of light, a cloud of dust and hearty “hi-ho” COTA, it’s the Lone Star Region that brings this weekend’s Hoosier Racing Tire SCCA® Super Tour to life at Circuit of the Americas (COTA) in Austin, Texas. With its faithful membership, the daring and resourceful Lone Star Region fights to bring “fun with cars” to those in Texas.

The Lone Star Region is Sports Car Club of America’s touchpoint in Central Texas. The Region provides opportunities for enthusiasts to involve themselves in motorsports whether they are complete newcomers, fledgling or seasoned drivers, or those looking to get more involved in event operations and gain access to the action.

Lone Star Region’s awards include Region Achievement and Solo Region Cup, as well as many more accolades. Lone Star Regional Executive Jerry Wannarka noted that the area’s autocross program has always been healthy, but Lone Star Region has been making efforts to expand its community through other SCCA activities. The Region has created a handful of social RoadRally happenings to bring folks together, and is actively involved in organizing Track Night in America Driven by Tire Rack dates that draw upwards of 70 participants per event.

As a whole, the Lone Star Region certainly has its collective foot planted firmly on the “giddy-up” pedal, as evidenced by its tremendous support each year of the COTA Hoosier Super Tour. To learn more about getting involved with the Lone Star Region, or to learn about the Region’s upcoming events, check out http://lonestarscca.org/. And if you can’t make it out to COTA this weekend to enjoy Hoosier Super Tour action in person, be sure to follow along online with live Timing & Scoring, video cameras and Super Tour Radio presented by Hoosier Racing Tire at www.scca.com/live.