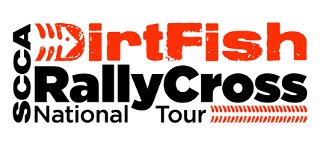 TOPEKA, Kan. (Feb. 21, 2019) – It’s never too early to start thinking about sliding cars around in the dirt and mud of a Sports Car Club of America® RallyCross® event, which is why the Club is excited to announce the 2019 schedule for the new DirtFish SCCA® RallyCross National Tour, formerly known as the RallyCross National Challenge series.

Three events are planned for this year’s DirtFish RallyCross National Tour. The season opens in May at Utah Motorsports Campus in Erda, followed by a June visit to Chillicothe, Ohio and the Ross County Fairgrounds.  The third and final National Tour event then takes place at Lucas Oil Speedway in Wheatland, Missouri, before drivers converge on National Balloon Classic Memorial Balloon Field in Indianola, Iowa for the DirtFish RallyCross National Championship in September.

Dates for the 2019 DirtFish SCCA RallyCross National Tour are as follows:
May 24-26: The Utah Challenge
Location TBA

National Tour events mimic the DirtFish RallyCross National Championship. However, there is room for local organizers to insert local “flavor” to an event, with the objective being to allow for some experimentation of new concepts/procedures. The exact degree of variance is coordinated with the RXB and National Office. All 11 official RallyCross national classes may compete at National Tour events, but there is also the potential to include a limited number of local classes to bolster attendance and interest. Each National Tour event includes two days of competition on at least two courses with between six and fifteen scheduled runs.

Each RallyCross National Tour event has a National Steward selected by the RXB and/or SCCA National Staff. The host Region/Division, however, manages all event functions, including but not limited to: site procurement, registration, course design, tech, timing and scoring, safety, protests, trophies and social components.