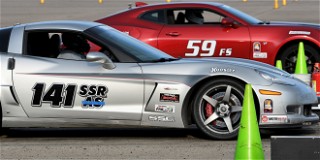 TOPEKA, Kan. (Dec. 7, 2018) -- The 2019 Tire Rack SCCA® ProSolo® schedule has been altered due to an unexpected site restriction. The ProSolo series will still consist of 10 events.  However, the opening Ft. Myers date has been dropped, and a new event in April has been added in Grenada, Mississippi.

ProSolo’s 2019 season now begins out west at Crows Landing in California -- the largest concrete Solo site on the West Coast. The second ProSolo event then takes place just outside Los Angeles at Auto Club Speedway, a venue that features challenging elevation changes and on/off camber turns. And as usual, fantastic welcome parties are anticipated at both West Coast events. Then it’s back east for the Tire Rack Grenada ProSolo at Grenada Municipal Airport in April.

Three ProSolo events are planned in May, with the first taking place at MetLife Stadium with Manhattan’s skyline as a backdrop. Then it’s off to the Tire Rack Spring Nationals ProSolo in Lincoln, Nebraska, which is a “must run” event for those chasing a ProSolo series championship. Action then concludes in May with the Tire Rack Texas ProSolo that grows year after year, perhaps partially due to the magnificent hospitality and big BBQ gathering.

The series’ seventh round will be the Tire Rack Peru ProSolo in Indiana. This concrete site replaces Toledo Express Airport which is currently unavailable. However, if the Toledo site becomes available by mid-April, the event will likely relocate to Ohio.

June closes out at Arkansas Aeroplex with the Tire Rack Blytheville ProSolo, an event known for large, brisk courses on concrete that truly challenges drivers and delivers a heapin’-helpin’ of Southern hospitality. The series then switches back to the west again for the 13th Tire Rack Packwood ProSolo in Washington, one of the most picturesque locations on the ProSolo calendar -- and features covered paddock spaces!

August opens in Oscoda, Michigan on a patch of concrete just a few miles from Lake Huron. It’s a great spot to end the regular season before it’s back to Lincoln, Nebraska for the Tire Rack ProSolo Finale at what many consider to be the best concrete site in the country.

During ProSolo events, drivers face off, side-by-side, at a “Christmas Tree” start before launching down a straightaway and into mirror image autocross courses. Three heats of class competition give drivers 12 total runs, six on each course. Like other Solo competitions, runs are timed to 1/1000th of a second and knocking a cone down means a two-second penalty added to a time.

Opening runs determine class rankings and set the qualifying order for the second part of the event which determines the overall winner. Top qualifiers enter single-elimination brackets and conduct runoffs until only one driver remains; The Top Eliminator. Additionally, the Ladies Challenge pits top female qualifiers against one another, while the Super Challenge features the top 32 Open Class competitors in a winner-take-all battle. There is even a Bonus Challenge where randomly selected, non-qualifying drivers can compete for prizes and bragging rights.