The Tire Rack SCCA® ProSolo® Series is an adrenaline-pumping autocross format where isn’t solo. Drivers still run a course by themselves, but start off side-by-side drag racing style and attack mirror-image courses to see who gets back to their respective finish lines first.

In contrast to a standard 3-run autocross, ProSolo class competition takes 1.5 days where each driver gets three sets of runs to put together the best run from each side. Class winners are determined from putting the best right and left side runs together. 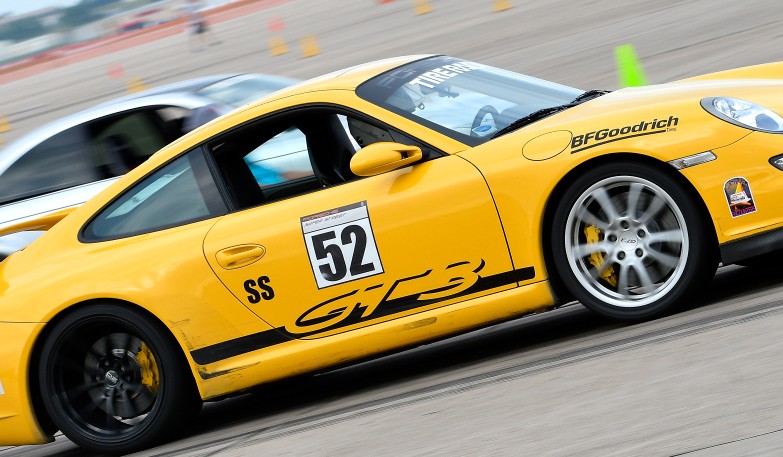 After competition, it’s time for single-elimination challenge rounds. The first is a bragging-rights Bonus Challenge drawn at random, a Ladies Challenge for the top-performing ladies class drivers, and the big one – the Super Challenge, which pits the top 32 drivers from regular competition into a solo bracket madness where coming out on top is simple: string together 12 winning runs in a row while avoiding red-lighting, hitting cones and glory-robbing mistakes.

To learn more, see the schedule below or explore the ProSolo guide to the right (bottom on Mobile devices) and learn about rules, special awards, and contingency prizes available.