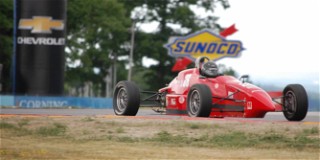 Storylines/Things to Watch:
Last Chance to Dance – The 2017 Hoosier Racing Tire SCCA® Super Tour comes to a close this weekend, June 23-25, with an event hosted by SCCA’s Finger Lakes Region at Watkins Glen International in New York on the full 3.4-mile, 11-turn circuit. A historic locale, racing at Watkins Glen began on village streets. In October of 1948, the Sports Car Club of America conducted its first road race at Watkins Glen with a course that went through the town and Gorge Park. The circuit itself was expanded in 1971, as the ‘70s brought a wide variety of competition. Over the years, The Glen has hosted Can-Am, Trans-Am and Formula 5000 events, as well as Formula One, IndyCar and NASCAR races.

300 Take the Challenge -- Another 300 entries are expected to take on the Hoosier Super Tour challenge this weekend at Watkins Glen International. Fantastic racing has been experienced at each of the previous 10 race weekends, and that trend will likely continue this weekend in New York. Solid fields are anticipated in the Spec Racer Ford/Spec Racer Ford Gen3 session, as well as the Spec Miata races Saturday and Sunday. Lots of competitors have shown up in both GT-1 and GT-2. Spectators will also want to keep an eye on competitive fields in Super Touring® Lite and Super Touring® Under, Formula 500 and Formula F, E Production, F Production, H Production, and the Touring classes.

That’s A Wrap -- Come Monday, the Hoosier SCCA® Super Tour will have concluded its first season -- with entries topping the 2,500 mark. The year began in January at Sebring International Raceway in Florida. The series then took a month off before resuming activities in March at Louisiana’s NOLA Motorsports Park, Willow Springs International Raceway in California, and Circuit of the Americas in Texas. April found the Hoosier Super Tour visiting Oklahoma’s Hallett Motor Racing Circuit and VIRginia International Raceway at the border of Virginia and North Carolina. It was back out to California in April for a visit to Buttonwillow Raceway Park, followed by a weekend in Oregon at Portland International Raceway. Then it was off for a visit to Mid-Ohio Sports Car Course, and the annual WeatherTech Chicago Region June Sprints in Elkhart Lake, Wisconsin. Each event included two races for each car class for a total of 22 Hoosier Super Tour races this year.

Summer in Upstate New York -- The Hoosier Super Tour has lucked out this year when it comes to weather. Rain has mostly stayed away during on-track activities -- holding off in some cases until just after racing has concluded. Looks like this weekend at Watkins Glen is a toss-up as far as forecasted conditions. Temperatures look to be in the upper 70s/low 80s Friday, Saturday and Sunday with some humidity. Thunderstorms are currently predicted for Friday, but Saturday and Sunday might be OK with only partly cloudy skies. But what would a trip to Upstate New York be in June without unpredictable weather!?