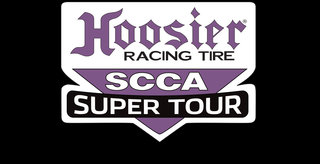 Premier events at top U.S. racing facilities will fill the Hoosier Super Tour calendar, beginning with the January 13-15 weekend at Sebring International Raceway. A complete schedule will be made public in the coming weeks, but venues were selected based on various attributes. Some have decades of history with a record book featuring the biggest names in all of motorsport. Other sites are top “pro” tracks offering the best quality racing surface and amenities. And certain tracks were selected because they are the best “club” courses in the country, where challenging layouts are matched with warm hospitality and a “family feel” to the paddock area.

Beyond the venues, the Hoosier Super Tour offers a heightened experience for both competitors and racing fans. Race weekends include segmented timing and scoring, a service simply unavailable at other amateur motorsports events. The series will also have a dedicated “Super Tour Radio presented by Hoosier Racing Tire” team of announcers capable of providing consistent insight and entertainment heard at tracks or online at SCCA.com.

“We’re excited to announce creation of the Hoosier Racing Tire SCCA Super Tour and very pleased to partner with Hoosier to make this happen,” Prill said. “The Hoosier Racing Tires SCCA Super Tour connects premier events that drivers enjoy traveling to with a dedicated point series that decides nationwide Super Tour Champions separate from U.S. Majors Tour Conference Championships. While many of our racers like to keep their racing close to home, there are others that prefer to travel to these showcase events. The new structure provides something for both groups.”

“Hoosier is extremely excited to support this premier Club Racing series,” Foss said. “Hoosier’s fortunate position in the Club Racing marketplace allows us to extend monetary support for this opportunity. The Hoosier Super Tour will provide an upgraded event experience for the participants and for those who follow the action via the internet, while providing an opportunity to further promote the Hoosier brand!”

The remainder of the SCCA U.S. Majors Tour will see some changes next year, too, with the primary focus on cost containment and providing greater control of non-Super Tour events to Regions and Divisions. One such change is the expansion of racing conferences from five to six. The newly-formed Southern Conference, which includes Texas and Louisiana, was created to reduce travel costs in what was the largest geographic area, the Mid-States Conference, and provide more racing opportunities in Texas.

For non-Hoosier Super Tour events in the Majors program, also known as Conference events, Regions will have greater flexibility in planning and event structure to meet local needs. While annual calendaring will be approved by the central office to avoid conflicts wherever possible, host Regions or race groups will have sole management responsibility of the events, leading to potentially lower costs for racers due to a reduction in series staffing and services. Separation of the Super Tour from Conference events enhances sponsor opportunities, allows for an increased focus on marketing and can buoy the fiscal resources of various Regions.

Both the Hoosier Super Tour and U.S. Majors Tour serve as a gateway to the SCCA National Championship Runoffs, presented by Garmin VIRB, being held in 2017 at the iconic Indianapolis Motor Speedway. Precise details of the Runoffs qualification path are being finalized by the SCCA Board of Directors and will be announced shortly.