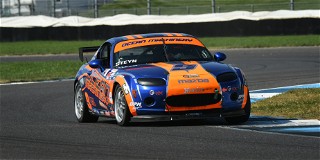 Mazda Motorsports has unveiled the list of drivers nominated for the 2021 MX-5 Cup Shootout, and a full 10 SCCA drivers made the list and have their eyes on the $110,000 award scholarship to compete in the 2022 Idemitsu MX-5 Cup presented by BFGoodrich Tires championship. In addition, Mazda offers to additional scholarships each worth $75,000. And at least one of the three recipients will be a woman to further help attract and retain women in motorsports.

Winning a club racing championship while driving a Mazda or Mazda-powered car is the primary way to be nominated for the Shootout, while at-large nominees are also considered. Nominated drivers will submit a written and video proposal from which the finalists will be selected for the two-day Shootout.