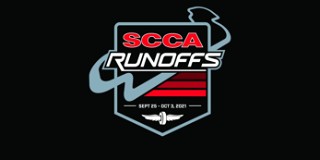 The qualifying schedule and run groups will remain tentative until weeks after registration opens to ensure an appropriate breakout of sessions, but each of the 26 Runoffs-eligible classes will get an 18-minute qualifying session each day, which will use a followed-by approach rather than run on a time-certain schedule.

The format was determined based on recent event experience as well as 2021 driver survey data, with results indicating nearly 1,000 entries possible. Currently, the schedule reflects 17 qualifying groups, with additional time available if separation of qualifying groups is needed based on actual entries. Groups will qualify in the same part of the day that they will race. The combined sessions are: GT3/STU, AS/T1, FA/FE2, GT1/GT2, FF/F500, T2/T3, FP/GTL, FC/FX and P1/P2.

“The first challenge when planning an event of this size is developing groupings and a schedule that can be flexible when we shift from survey data to actual event registrations,” SCCA Vice President and Chief Operations Officer Eric Prill said. “With several classes and qualifying groups pushing the maximum number of cars allowed on course at a given time, we have built provisions into the schedule to provide flexibility as the event draws closer. Our goal is for any schedule changes leading into the event to be positive for the racers involved. It is much easier to break a big group into two sessions than to put smaller two groups into one session later.”

Should an individual class have more cars attempting to qualify for the National Championship race than the 72-car starting limit allows, SCCA is prepared to again conduct Last Chance Races as it did in 2017. Leading into Thursday’s Tire Rack Pole Day, the top 60 cars would be locked in for the race based on time, with the remaining cars taking the green flag Thursday afternoon to race for the final 12 positions on the National Championship race grid. Full details will be released in the event Supplemental Regulations later.

"We didn’t have the luxury of a past event at Indianapolis in 2017,” Prill said. “With the knowledge of how quickly the IMS safety team works, analysis of session transition times and traffic flow, we can develop a schedule that provides the best on-track experience possible for an event this size.”

The 2021 SCCA National Championship Runoffs schedule can be seen here: 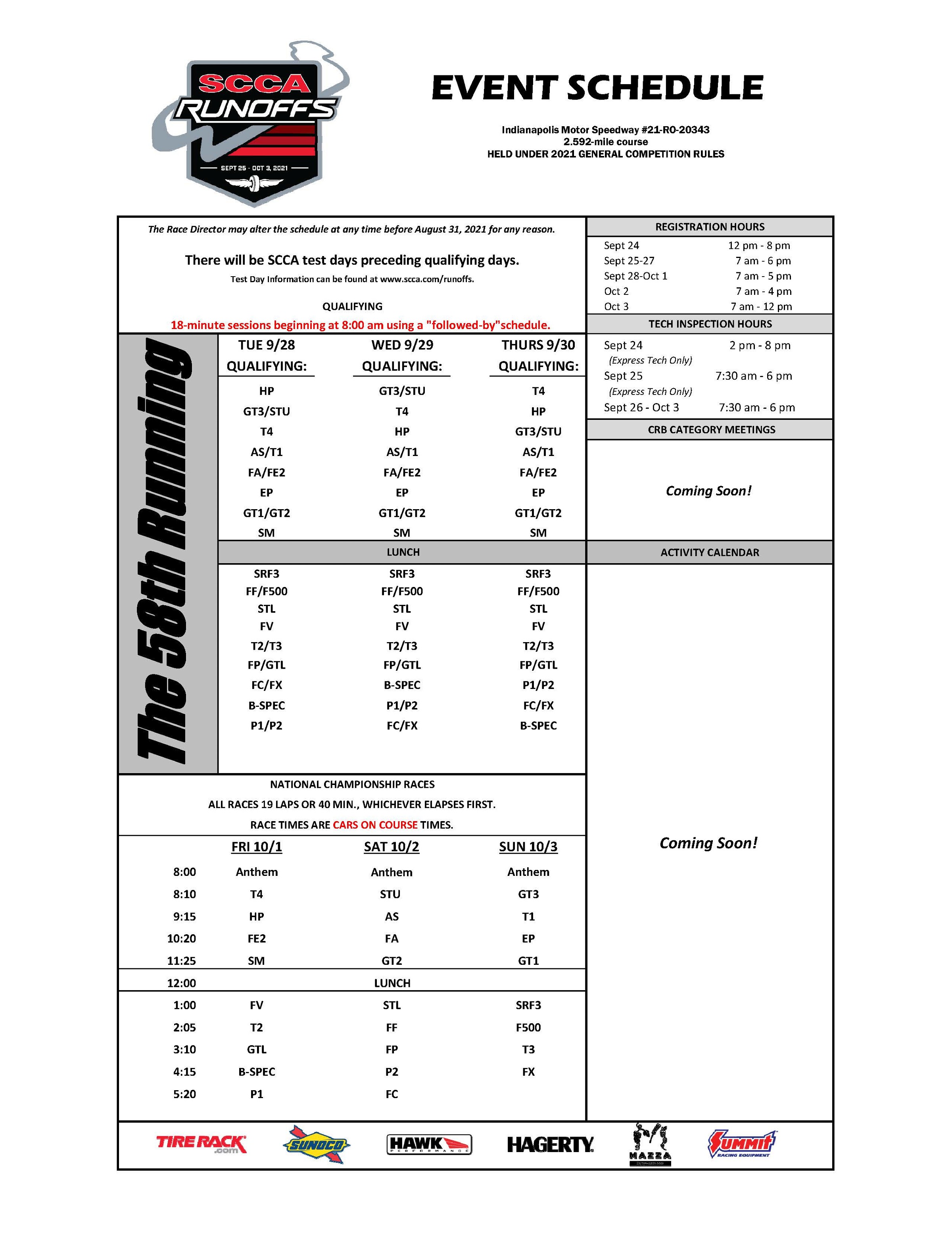