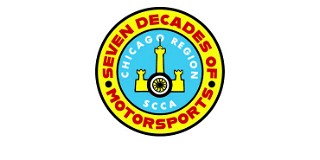 (Editor’s Note: Below is an edited portion of a piece originally written by John Maxson)

Way back in the day, when European sports cars began making their way to America after World War II, interest grew in building an organization that would promote camaraderie amongst owners.  Fred Wacker, who owned an MG, and his friend, George “Bud” Seaverns, met Sam Bailey and Bill Spear, both SCCA members from New York. Wacker joined Sports Car Club of America, itself only four years old at the time, and soon discovered there was no Chicago-area subgroup.  He queried Cameron Peck of Evanston, Illinois, the national SCCA secretary at the time, and was told that “nobody has gotten around to it.”

A meeting was set up with Carl Mueller, Regional Executive for an already established Milwaukee Region.  Wacker followed up with a dinner that included Mueller, a few other SCCA members from Milwaukee, and a group of Chicago-area enthusiasts. That was the fall of 1948 and the birth of SCCA’s Chicago Region.

Road racing was considered the ultimate sports car activity and leaders of the fledgling Chicago Region had a dream of developing a road course. Sports car racing enthusiast Dave Garroway -- a disc jockey for WMAQ-AM in Chicago and the first host of NBC’s Today Show -- chartered an airplane along with Wacker, Jim Kimberly and Carl Brocken. That team flew over southern Wisconsin in search of a suitable racecourse.  Believing they had found a space, they landed in Plymouth, Wisconsin, and hitched a ride to the small town of Elkhart Lake. There they convinced several local businessmen to promote an event that would run down Main Street and out across the countryside. Over 1,500 spectators watched that first race in 1950. Kimberly won with Wacker finishing second. The real importance of this first race, however, was that it established a relationship between the Chicago Region and the community of Elkhart Lake that continues today.

The success of that first event attracted racing stars like John Fitch and Phil Hill the following year. In 1952, three events featured drivers divided by engine displacement. By this time, Chicago Region was running in high gear with regular meetings and multiple events. Around the same time, enthusiasm began to build for a racing venue on private property that didn’t utilize public roads.

Enter Clif Tufte, owner of a sand and gravel company near Elkhart Lake, who thought about opening the nation's first full-length, closed-circuit, road racing course on land he owned. A spirited business promoter, he realized the benefits such a track would bring to his town. With only about half of the investment money required, he worked with Chicago Region to design and build a top-quality track, named Road America. The first race at Road America was September 9, 1955, and the Chicago Region provided all the support to manage and run the event. In addition, Chicago Region managed the 1,000-mile Miglia Rally around Lake Michigan. This and other events earned Chicago Region the reputation for professional management essential for all competition events.

Chicago Region and Road America have grown up together, the volunteer organization providing assistance to professional race management organizations that now handle most races. Steve Laske, a long-time member of Chicago Region’s Board of Directors, observes, “We are professional amateurs, not amateur professionals.  Whether it is actually racing or hosting events at Road America, Chicago Region members are aware of their role as volunteer organizers, which has become essential to the success of the premier track.”

Chicago Region is now one of the most vibrant car organizations in northern Illinois. According to Laske, “You don’t have to own a sports car to join. The Club is all about fun with cars. We try to make people feel like they belong and, as a result, many of us have 40-year friendships that have come out of meeting and volunteering with other car enthusiasts.  Members can participate at any level from becoming a committed board member and volunteer, to spending a few hours during the summer months working at races and attending social events. Everyone enjoys the social aspects of being in the Club. The Region also offers a nationally recognized autocross program and our track day events enable a member to drive their own car on a racetrack. All of this attracts enthusiasts of all ages.”

With about 1,400 members, the Chicago Region is currently strong and growing. Sports car enthusiasts from throughout northern Illinois participate and look to their Club as the best hope for the flourishing hobby of owning and racing sports cars. To learn more about getting involved with Chicago Region, or to learn about the Region’s upcoming events, check out https://scca-chicago.com/. And be sure to follow this weekend’s Hoosier Super Tour WeatherTech Chicago Region® June Sprints® from Road America with live Timing & Scoring, video cameras and Super Tour Radio presented by Hoosier Racing Tire at www.scca.com/live.