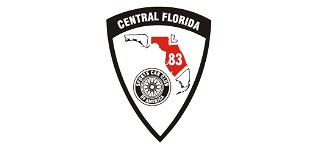 The opening event of the 2020 Hoosier Racing Tire SCCA® Super Tour is being hosted by Sports Car Club of America’s Central Florida Region (CFR) at Sebring International Raceway. As such, we thought we’d take a closer look at CFR!

In the 1950s, the Florida Region encompassed most of the State of Florida. In 1959, the Central Florida Region separated from the Florida Region and was originally chartered as the Greater Florida Region. As the region’s membership grew, commensurate with growth in the Florida population through the 1960s, early racing facilities were primarily airport courses in Osceola, Fernandina Beach and Sebastian. Rally, Solo® and gymkhana events were as popular as the race events, and activities of the region were chronicled in “The Checkpoint” newsletter. Later in the ‘60s, William C. France became a District Governor and a long-term relationship with Daytona began. Daytona hosted the SCCA Runoffs (then called the ARRC), as well as spectator Regional/National events and pro events, all staffed by CFR workers. In 1969, CFR conducted the first event on the Sebring long course, drawing a record 200 entries. Entry lists from CFR events in the ‘60s included notables such as Peter Gregg and some of the Apollo astronauts.

As the ‘70s began, the region struggled with diminished membership and resources. Lacking permanent racing facilities, CFR developed makeshift tracks at Sebastian, Bunnell, Lakeland and Gainesville. Agreements with Sebring were unstable at the time and only a limited schedule at Daytona prevailed. However, the CFR staffing of pro events grew, the Solo program was still active, and membership increased.

In the ‘80s, agreements with Sebring solidified along with Daytona, and CFR established itself with these two premier racing facilities. Driver entry lists at CFR Regional/National events at these facilities included Michael Andretti, John Andretti, John Paul Jr., Chip Ganassi, Paul Newman and Tom Cruise. CFR’s excellent reputation for managing Club racing events at these tracks, in addition to professional events around the state, produced increased entries at CFR events and a stable financial base. This continues today as the membership approaches 3,000.

Behind all the successes of the past, present and into the future is the CFR family: the people who volunteer their time and talents to the cause of conducting safe, fun motorsports events. To learn more about the Central Florida Region, upcoming events and how to get involved, check out https://cfrscca.org/.