What Is Happening with the RallySprint Program? 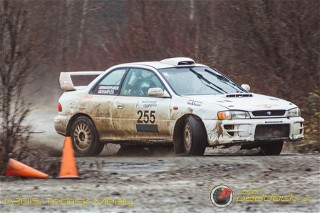 After an initial growth spurt and widespread enthusiasm, the RallySprint/RallyTrials program has been slowly fading away. A few regions run multiple events while some have run once, and others were never able to get off the ground.

About a year ago, one of the areas the Club wanted to work on was similar and improved presentation of programs to members. In other words, programs were asked to make rulesets and documents easier to use. The RXB has done its part with sanction forms, program names and some operational changes.

While the RallyCross Board (RXB) reviewed other programs, it asked how Hillclimbs can run on closed public roads but RallySprints cannot? The question was looked into and a revised RallySprint ruleset was created and approved.

The first thing to note is that if your region is running a RallySprint or RallyTrial, nothing has changed except the names. RallyTrials should now be called RallySprint Level 3. The current RallySprint program(rules) is now called RallySprint Level 2. The biggest change is that there is now a RallySprint Level 1, which is a Hillclimb mostly on dirt. The rules allow for the event to be run on closed public roads with the same level of protection for spectators and drivers as a Hillclimb event. Unlike a Hillclimb, rally-style car accountability may be used instead of corner workers and line of sight visibility. Vehicle classing and safety equipment is identical to the Hillclimb rules, allowing for crossover without much problem. Of note for hosting regions is an increased sanction and insurance cost due to the increased risk.

The RXB will be assembling a RallySprint committee to administer the program, including but not limited to approval of events and rules stewardship.

The updated rulesets can be found here. For the most up-to-date information on SCCA RallyCross, visit SCCA.com/RallyCross.