2019 Runoffs Predicted to be Biggest Event Ever at VIR 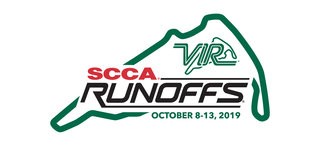 While the Sports Car Club of America® is ramping up for the 2018 SCCA® National Championship Runoffs at Sonoma Raceway being held Oct. 16-21 in California, the folks at VIRginia International Raceway are already getting amped up for the 2019 Runoffs coming to their venue in Alton, Virginia.  In a recent article appearing in Virginia Business, writer Joan Tupponce notes:

VIR recently landed the 2019 Sports Car Club of America National Championship Runoffs, which will be held Oct. 8-13 next year. “It’s the largest race group, and they have that race all over the country. It’s their Super Bowl Runoffs,” said Connie Nyholm, VIR’s owner and CEO. “We put our name in the hat a couple of years ago and secured the Runoffs for 2019. It’s huge. It will bring in thousands ... It will be bigger than anything we have had here. This is a new marker in the history of VIR.”

The Runoffs, which caps the Summit Racing Equipment SCCA Road Racing program each year, has evolved into what is now commonly agreed to be the pinnacle of American motorsports.  Since 1964, the SCCA has crowned National Champions at the winner-take-all, single race Runoffs format through dozens of separate races over three days.