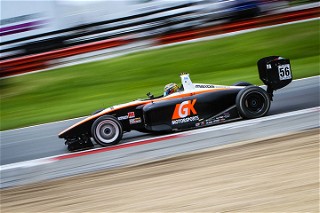 SUMMIT POINT, West Virginia (May 1, 2015) – If Friday’s qualifying sessions for this weekend’s SCCA U.S. Majors Tour races at Summit Point Raceway are any indication, the name Keyvan Andres is one for the motorsports community to remember in the coming years.

Fifteen-year old Andres, of Germany, highlighted the day with a sensational lap of 1:04.386 (111.825 mph) around the 10-turn, 2-mile circuit in his K-Hill Motorsports/Hoosier/GK Motorsports Swift 016a Mazda, nearly two seconds faster than the existing SCCA overall and Formula Atlantic® class track record.

Friday offered a pair of qualifying sessions for the seven race groups preparing for U.S. Majors Tour races Saturday and Sunday, serving as Rounds 11 and 12 for the Southeast Conference and Rounds Three and Four for the Northeast Conference.

Each of the run groups will hold a final 15-minute qualifying session Saturday morning, followed by 30-minute races. On Sunday, the weekend will conclude with 25-lap races, which will close out the Southeast Conference Championship for 2015.