First US Majors Tour Championships of 2015 Awarded at Summit Point 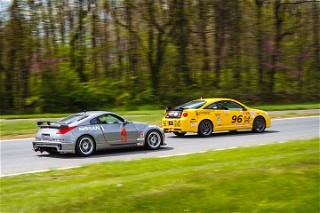 SUMMIT POINT, W. Va. (May 2, 2015) – The initial group of SCCA U.S. Majors Tour Champions were honored Saturday at Summit Point Raceway, in a dual conference race that served as Round 11 of 12 for the Southeast Conference and Round Three of 12 in the Northeast Conference.

Chuck Moran, of Oakton, Va., took his second Formula Continental win of the season and his ninth podium finish in his Van Diemen Ford to clinch his third-consecutive Conference Championship.

Randy Kinsland, of Whittier, North Carolina, took the GT-2 class win to clinch his second-straight Conference Championship in his No. 14 Crossroads Motorsports Chevrolet Corvette. Kinsland set a new track record with a 1:14.313 en route to victory.

Several drivers previously clinched championships, and others will go down to the wire with Sunday’s Souteast Conference finale races.

Arguably the best race of the day was for the Touring 3 win between former National Champions Rob Hines and Kevin Fandozzi. The pair traded the lead multiple times, with Hines, of Arlington, Virginia, emerging victorious in his No. 4 Nissan/Hoosier/Carbotech/Redline Nissan 350Z over Fandozzi’s No. 96 Insight Driven Race Engineering/Hoosier Chevrolet Cobalt SS.