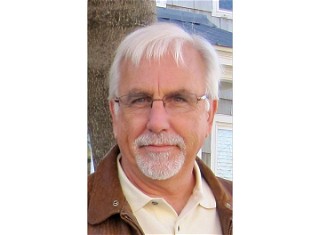 TOPEKA, Kan. (March 25, 2015) – Steve Oseth was named Vice President and General Manager of SCCA Pro Racing today, assigned with overseeing the day to day operations of the for-profit subsidiary of the Sports Car Club of America.

Oseth will manage the staff and Pro Racing activities from the Topeka office, including the sanctioning of the Pirelli World Challenge, Trans Am Championship and Battery Tender Mazda MX-5 Cup Presented by BFGoodrich Tires.

Oseth comes to SCCA Pro Racing from AWRS International, in Nashville, Tennessee, where he owned the Nashville-area franchise of the automotive wheel sales and repair company. Prior to that, Oseth was the Founding President of Castle Concrete Corp., managing a company of more than 80 employees.

He is a three-time SCCA Club Racing National Champion, winning the Runoffs® three times – in 2003, 2006 and 2007, all in the Formula Vee class. Oseth is currently one of the Series Tech Coordinators for the SCCA Pro Racing-sanctioned F2000 and F1600 Championship Series.

“We’re looking forward to having Steve’s experience and knowledge, both of motorsports and the business world, in house at SCCA Pro Racing,” Robert Clarke, SCCA Pro Racing President, said. “Steve will manage both our in-house and event staff, and work closely with each of the series that we currently sanction to give them all the support that we can provide.”

Oseth will begin in the new role immediately, and will soon relocate to Topeka from his Nashville-area home.

“I am excited about this appointment and the challenges it presents,” Oseth said. “I have been a member of SCCA for 36 years and now having the opportunity to work with the people and organization that has been such an important part of my life is really extraordinary.”

SCCA Pro Racing Ltd. is a wholly owned subsidiary of Sports Car Club of America, Inc. - a 65,000-member organization dedicated to motorsports events. SCCA Pro Racing provides full-service organization, operation and sanction for numerous professional racing series, documented within this web site. Each series holds events on high-profile race weekends and annually crowns Champions. Known for its operational expertise, SCCA Pro Racing has been the choice of privately-owned racing series, as well as those promoted by automobile manufacturers, to conduct all facets of their Championships. SCCA held its first professional racing event on February 3, 1963 - a United States Road Racing Championship (USRRC) race won by Jim Hall at Daytona International Raceway. Throughout the years, SCCA Pro Racing has been at the forefront of the professional racing landscape in the United States with such landmark series as Trans-Am, Can-Am, Formula 5000 and World Challenge. SCCA Pro Racing formally became a subsidiary of SCCA in 1993, and is a voting member of the Automobile Competition Committee of the United States (ACCUS) - the FIA delegate for this country.