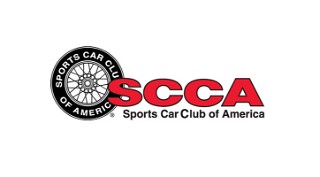 The weekend opens with the SCCA Annual Meeting on Friday, February 20 and wraps with the traditional SCCA Hall of Fame Banquet and Award Celebration presented by Mazda. The time frame allows overlap for the MSX Expo floor, where more than 60 vendors greeted 1500-plus visitors in the inaugural event. Organizers project doubling the number of vendors and attendees for 2015.

The 2015 convention schedule is filled with new sessions on growing leaders, growing participation and becoming more effective in any member’s home Region – no matter the role they fill.

Convention sessions include a glimpse into the present and future of SCCA’s Solo, Club Racing and rally programs during a series of “2020” sessions. “Playing In Your Sweet Spot: a session on working within your strengths at the local level, dealing with difficult people, defining leadership and why you want to be involved” and “Seeds For Growth: a regional racing focus in an interactive, data driven session open to Region and program leaders and participants” are expected to be two of the highest attended sessions of the weekend.

Additionally, the weekend features leadership sessions geared to Region Executives, event hosts, and new tools and programs available. Each of the SCCA programs will provide opportunities to ask questions and engage with the Club’s leadership.

While the Convention is happening, participants can also explore the MSX Expo show floor. Included in the Convention are two sessions that cross over for both Convention attendees and MSX Conference goers on the Expo floor, each featuring SCCA Champion drivers. Randy Pobst will speak on Friday to “Fear on the Track: When it Hurts and When it Helps,” while Elliott Forbes-Robinson will deliver the keynote address on Saturday.

The MSX Conference tracks remain geared for all amateur motorsports competitors including SCCA’s road racing, autocross and rally programs, as well as karters looking to get a leg up on the competition. Started in 2014, the MSX Conference has sessions in every aspect of competition, from tires and shocks to taxes and marketing.

To augment the revamped Convention schedule, a traveling program scheduled to visit Divisional Conventions held around the country, bringing key messages and exercises to even more members than before has been added. The program opened at the Northeast Division Convention in November, and continues through the first of the year at the SCCA’s additional eight Divisions.

New price packages for the 2015 SCCA National Convention are also in effect, with an early-bird discount for entrants prior to December 1. The “premium ticket,” which includes all aspects of the SCCA Convention and the MSX Expo show floor, has been reduced by $100 from the 2014 show. In addition, a VIP ticket has been created offering the attendee access to the full MSX conference as well as other perks.