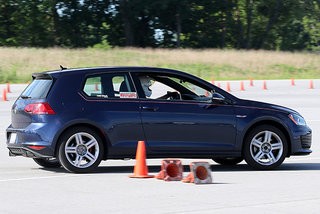 “Solo®” is the brand name for SCCA® Autocross and on paper it seems very simple – use traffic cones to make a mini-roadcourse in a parking lot or airport and see who can get the lowest time without hitting any cones or going off course.

Despite the low overall speeds attained during competition, it’s one of the most intense, rapid-fire forms of motorsports you can enter, with barriers to entry low enough that many drivers are able to be quite competitive at it.

Competitors range from the casual participant who may use the same car that they drive daily to work to the hard-core driver who has a dedicated competition car, special tires, and uses lots of vacation days to squeak out every last fraction of a second. In between the extremes, there are levels and classes for different degrees of car modification. There are even classes for ladies and also a Junior Driver Program for kids in age appropriate karts. 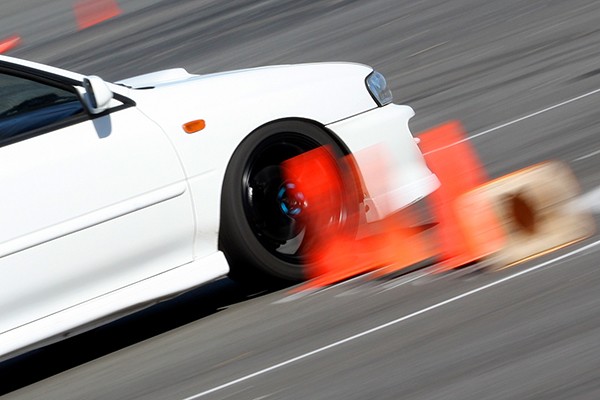 Whatever your level or car – there is a place for you in SCCA Solo.

If you have never autocrossed before or don’t know the specific details, check out the "I want to Autocross" page. It will give you the basics of participating in an event. Don’t worry – it’s pretty easy and there are people to help along the way.

If you have been autocrossing, or want to know more about the different levels within SCCA Solo, keep reading or find out more in-depth information by exploring the right side menus. (Or bottom menus if you're on a mobile device.) 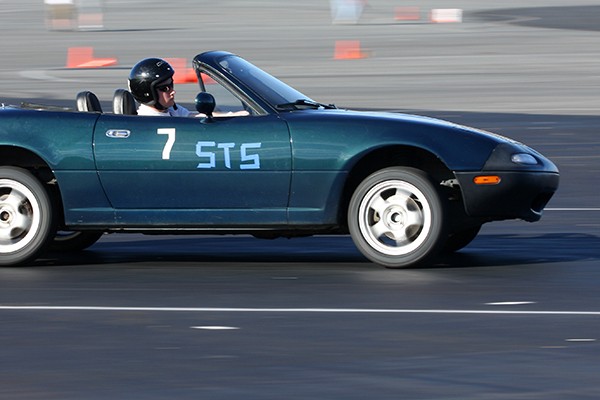 Regional
Regional events are hosted by the individual Regions which make up SCCA. These events tend to be small events, and although a few of the larger regions might see 200+ people it’s much more likely to see only a few dozen entries at one of these. You do not need to be an SCCA member to participate in a Regional event (they will make you a temporary member for the weekend) but it does usually mean a discount if you are.

Divisional
Divisional Events or series are a step up from Regional events and hosted by groups of SCCA® regions. Not every portion of the country has a series, but if yours does, it’s a good way to find a bit tougher competition than Regional events. 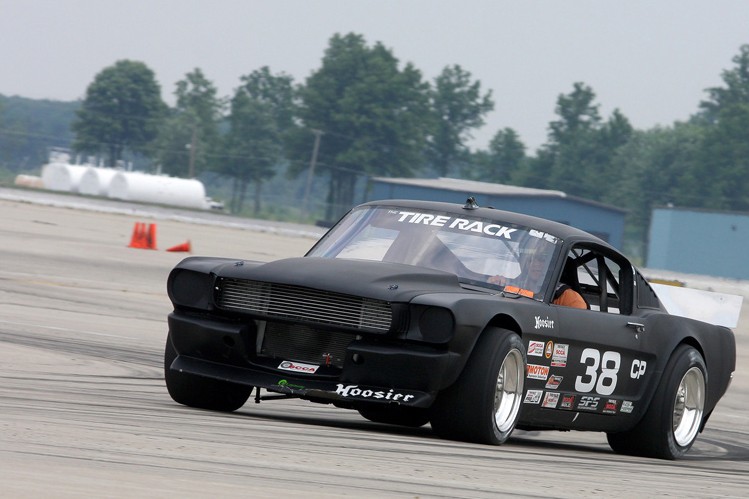 Championship Tour
The SCCA Championship Tour is a set of events which create conditions similar to those seen at the season-ending SCCA Solo National Championships in Lincoln, NE. Champ Tour events attract some of the highest-level national competitors and local drivers who want to see how they stack up against each other. 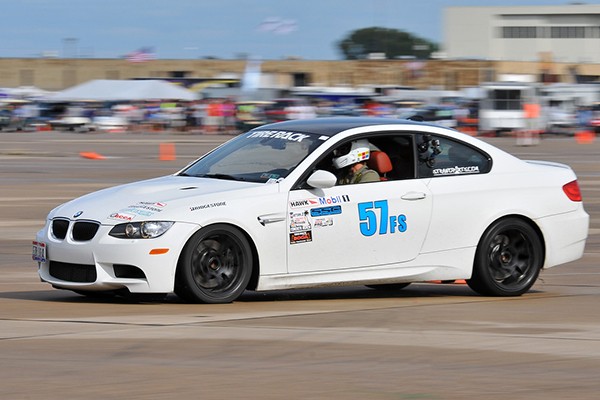 ProSolo®
It starts like drag racing, but with turns. With two mirror-image courses set up, reaction time, getting a good launch, and being consistently fast play a role in winning at ProSolo. This series travels the country and competitors collect points that set them up to be crowned ProSolo Champion at the season finale in Lincoln, NE.

National Championship
The TireRack SCCA Solo Nationals is the largest auto competition for sports cars in the world. More than 1,200 competitors descend on Lincoln, Nebraska each year for a competition which takes a week to complete and crowns a national champion in each class.

Autocross Classes
Cars and vehicles are classed in Solo according to modifications and potential. Each category has a set of allowed modifications and then the cars are divided into classes by ability. After all, it wouldn’t be fair to have an Italian exotic against an economy car. 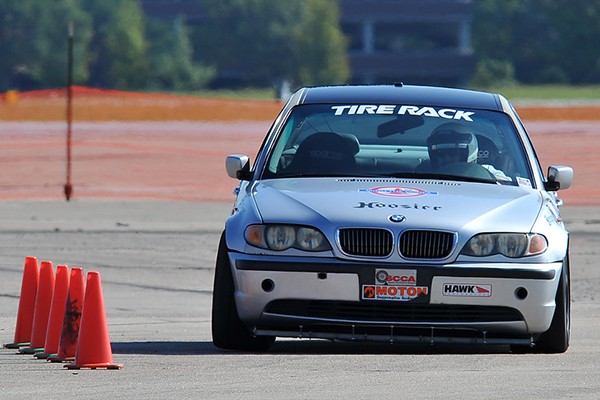 Street Category (Super Street and A Street to H Street)
Classes in the “Street” Category have the most restrictive rules which keep competitors from feeling the need to make extensive modifications to their cars. “Racing” tire compounds are not allowed and only a few parts and changes are allowed to the car beyond what it had on the showroom floor.

Street Touring® Category (Street Touring Ultra, Roadster, Xtreme, Sport, and "Hot" Hatch)
Street Touring classes are the next level up from the Street classes and although they still require true "street" tires, more bolt-on modifications are allowed to make the cars handle better and get through the course quicker. 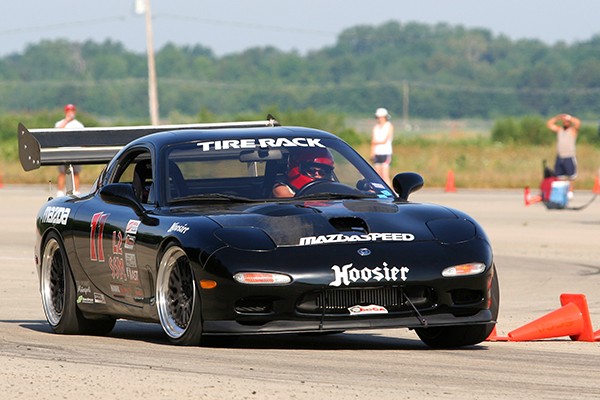 Prepared Category (X Prepared and C Prepared to F Prepared)
This is a step up from the “Street” set of classes and is based off wheel-to-wheel road racing preparation for production-based cars. Prepared allows true racing slicks (non-DOT tires) and "guttting" of the interior are allowed. Rules for this category can get more intricate based on what car and class you’re running, so it pays to familiarize yourself with the rules when building a specific car for its Prepared-level class. Convertibles are required to have a bolted-on factory hardtop and/or a roll bar. 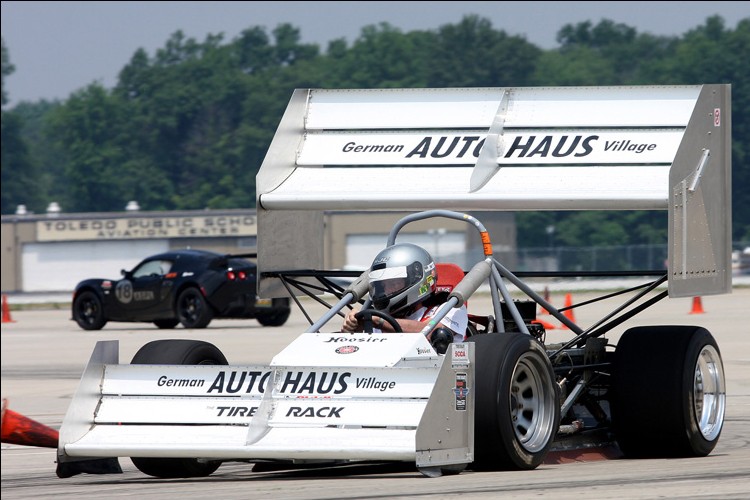 Modified Category (A-Modified to F-Modified)
The highest set of allowances, these classes have a place for cars built specifically for autocross, production-based cars with the most extreme modifications, and road racing formula cars and sports racers. If your car doesn’t have a good place before this, it is sure to find a place here.

Karts, Classic American Muscle, etc.
There are some classes which don’t fit the previous sets, but play an important part of automotive and racing enthusiasts lifestyle. SCCA has classes for karts, Classic American Muscle (CAM), Vintage cars, and College-engineering Formula SAE. There is also a Junior Driver program for kids in age-appropriate karts.