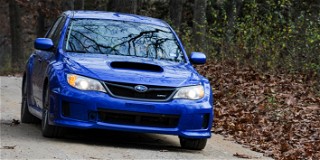 Words and Photo by James Heine

For the second time this decade, the Detroit Region hosted the annual United States RoadRally Challenge (USRRC), returning the now 27-year-old event to the rural roads of a picturesque five-county Great Lakes area southwest of the Motor City.

Similar to 2020, the event featured National RoadRallies on Friday and Saturday, Nov. 4-5, 2022, and a Divisional contest on Sunday, Nov. 6. Added together, the three rallies, Hell and Back, Are You Territorial, and Pavement Ends, offered just over 500 miles of rallying and 166 checkpoints at which teams needed to be exactly on time, not early, not late. Yes, teams had to keep their wits about them and their pencils sharp.

The 27 teams registered for the event were greeted by fine fall weather – albeit, ah, a bit breezy on Saturday afternoon and evening – great roads (approximately 350 miles of them unpaved, about 70 percent of the total), generally brisk average speeds, and a trio of RoadRallies that each offered a different set of challenges.

All three rallies used the Richta GPS checkpoint system for timing and scoring, which meant a host of GPS checkpoint locations on the Touring rallies, accurate timing throughout the weekend, and prompt scoring at the end of each day. To determine the weekend’s winners, teams were awarded points based on their class finishing positions in the individual rallies.

This was the first USRRC Equipped win for Wakemen and Schneider, although Wakeman previously has won a trio of Challenge titles in Stock. For Morseburg and Gezon, this was their first Limited title as a team, although they also have a pair of USRRC titles in Equipped, and each has additional Challenge titles with other rally partners. Also, for Gezon, his Limited win marked his 50th rally title, another milestone for the SCCA Hall of Fame member.

For Gopalkrishnan and D’Souza, fresh from their Alcan 5000 win, this was their first USRRC title in GPS (a new class this year). Previously, they had won the Challenge’s Limited Class in 2020 and ’21.

Like Gopalkrishnan and D’Souza, Stone and Lee also won their class (Stock) in 2020 – this year gives them Stock title number two.

The Reviews Are In!

“[All three events] were enjoyable rallies,” Schneider said. “The traps on Saturday were fair and the Tours were brisk and fun.”

Gopalkrishnan and D’Souza offered similar assessments. “It was a pretty amazing weekend. It was quite brisk, and the roads were challenging,” Gopalkrishnan said.

“There was never a dull moment, which is a great thing to say about a rally,” D’Souza added.

For the sport, it was a good weekend, RoadRally Board chair Mike Bennett noted after Sunday’s event. “This was a very good USRRC – good weather, great scenery, challenging roads, brisk but safe speeds, and we had a good turnout.”

And as for the 2023 USRRC, “We are negotiating for next year,” Bennett said. Keep an eye on SCCA’s RoadRally page for the latest news.

Photo caption: Texas Region members Ethan Wiseley and Misty Wiseley zip along a forest road outside Pinckney, MI., on the Hell and Back National Touring Rally on Nov. 4. The Detroit Region rally was the opening round of the 2022 USRRC Nov. 4-6. The rally’s namesake is the Michigan crossroad hamlet of Hell, which teams visited several times during the course of the weekend.