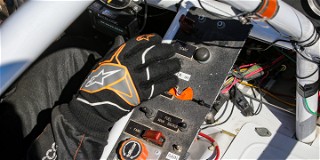 Tuesday is the first of three qualifying days during the 59th SCCA National Championship Runoffs taking place Sept. 24-Oct. 2, 2022, at VIRginia International Raceway (VIR). Each of the 26 car classes competing at his year’s Runoffs will have 20-minute sessions on track today, Wednesday, and Thursday to set race grids and discover Tire Rack Pole Award winners.

For the third year in a row, the opening day of qualifying at the Runoffs is Sunoco 260 Tuesday. The driver in each of today’s 26 classes whose best qualifying time comes closest to including .260 will receive 15 gallons of Sunoco race fuel for their car, and a nifty – but empty – five-gallon Sunoco gas jug.

So, why the number 260? Because Sunoco’s 260 race fuel has been highly regarded for many years. Sunoco’s 260 GT is a street-legal (in most states), oxygenated, unleaded gasoline designed for high performance street cars, muscle cars, classics, street rods, motorcycles, and the like. With a 100-octane rating, Sunoco 260 GT allows increased boost levels in supercharged or turbocharged applications as compared to lower octane “pump” gas. It is engineered to not harm catalytic converters or oxygen sensors, and contains a comprehensive additive package for greater engine protection and reduced fuel system deposits. It is compatible with two-stroke synthetic and mineral-based engine oils, and safe for carbureted and fuel injected engines.

Sunoco has been powering victories on and off the track for more than 100 years, which is why Sunoco is trusted to fuel more than 50 series of racing, driving, and winning – including the SCCA National Championship Runoffs, SCCA Pro Racing, Trans Am, NHRA, and NASCAR. Sunoco will also help keep Tuesday’s event running by fueling volunteers and event staff with food and beverages at lunch.

Since 2001, Sunoco has also been the Official Fuel of SCCA. Visit SunocoRaceFuels.com to learn more.

For the past several years, the Formula Vee Hall of Fame has conducted its annual induction ceremony at the Runoffs, and this year is no different. The short celebration is scheduled to begin at 5:30 p.m. local time at VIR’s victory circle after Tuesday’s qualifying sessions have concluded. This year’s inductees are Lisa Noble, Ray Carmody, and Stevan Davis.

Lisa Noble owned Noble Racing along with her husband, Bill, who has already been inducted into the Formula Vee Hall of Fame. As a driver, Lisa became the first woman to win an SCCA national event in Formula Vee, and in 1999, she was awarded the Kimberly Cup. She also competed in more than two dozen FV Runoffs races.

Carmody, who appeared in eight FV Runoffs events, is the founder of the Challenge Cup Series, which has become immensely popular and successful in the Northeast United States. That effort inspired others to create similar series’ across the country.

Davis, who is one of nearly 30 FV drivers schedule to compete at this year’s National Championship, is a two-time Runoffs FV winner. Overall, he has made 33 appearances at the National Championship Runoffs, which places him third all-time in FV history behind Bill Noble and Roger Siebenaler coming into the 2022 event.

Learn more about the Formula Vee Hall of Fame at FormulaVeeProject.com.

Getting to the Runoffs

Around 500 SCCA racers worked all season to meet SCCA Runoffs qualification criteria in order to be competing here at VIR. Luckily, spectators don’t have to do the same if they want to be at the SCCA National Championship event taking place in Alton, VA, just across the border with North Carolina. Tickets are quite reasonable for spectators, as single-day admission starts at only $20, and you can learn more here. SCCA members can get a 20-percent discount on tickets by logging into their membership account portal at SCCA.com. And Hagerty Drivers Club members can get 20-percent off admission by snatching up tickets here.

On Friday, Saturday, and Sunday – which are Hagerty Race Days – multi-camera video coverage, presented by Mazda, will again be broadcast live, online at SCCA.com. That presentation can also be accessed through SCCA’s official social media channels at YouTube or Facebook, and features the voices of Greg Creamer, John Fippin, Larry “Lefty” MacLeod, and Tom O’Gorman, with Heyward Wagner covering pit lane once again.