You Vote: Who Will Win the RallyCross Nats? Stock 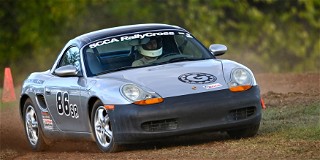 Kicking off on Sept. 23 and running through Sept 25, the sold out 2022 RallyCross National Championship is set to be a thriller. Taking place at Pike Peak International Raceway in Fountain, CO, this is the winner-take-all competition's triumphant return to the hotbed of rally competition that is Colorado. And hosted by Colorado RallyCross, this championship RallyCross event is one of the most anticipated of the year.

But who will win? The competition is tight, and with a sold-out field of 100 of the best RallyCrossers in the nation, it's anyone's game.

There are names that consistently rise to the top, like Warren Elliott, Keith Lightfoot, Eric Genack, Leon Drake, and more; at the same time, each of the nine classes feature numerous competitors who also stand a chance at walking away with the gold medal and the right to call themselves an SCCA National Champion.

Because of this, and the fact that motorsports is massively unpredictable, guessing who might emerge victorious in each class is beyond our abilities. To solve the problem, we're handing the task to the hive mind that is the internet.

Broken down by category, we present to you your chance to vote for who you think will become SCCA's next RallyCross National Champions. Today, we vote on the Stock category:

Who Will Win Stock All Wheel Drive?