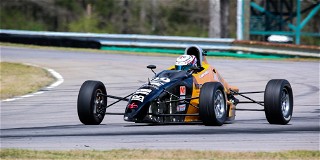 The 2022 Hoosier Racing Tire Super Tour is complete, but the points chase isn’t. How? Because the biggest single event in SCCA Road Racing – the National Championship Runoffs – counts toward that series, meaning the final chance to earn points in the Hoosier Super Tour comes at VIRginia International Raceway on Sept. 24-Oct. 2.

But – those first 10 races of the Hoosier Super Tour counted for something. First of all, it set the stage for the final battle for the points title. Perhaps just as importantly, it sets the grid for the opening day of Runoffs qualifying. The current points standings will be used as the grid positions the first time each class rolls out on track, with the provisional qualifying order used on Wednesday and Thursday. Sitting P1 thanks to the Hoosier Super Tour? Your goal is to stay there all week long.

Registration is now open for this year’s Runoffs, and the link to that, as well as the schedule, supplemental regulations, and other information can be found at SCCA.com/Runoffs.

The best six finishes of the regular season of the Hoosier Super Tour counted in the points standings; the Runoffs is a separate seventh race and will automatically be scored on the same point scale as the regular season (25 points for a win, decreasing through 20th place).

Following are each class points leader, as well as those still in the hunt at the Runoffs (with the points behind the leader in parentheses).

Photo by Jeff Loewe (Camryn Reed leads the Formula F Hoosier Super Tour points race, but three others are around the corner as the Runoffs nears.)