2022 ProSolo Season: A Return to Normalcy 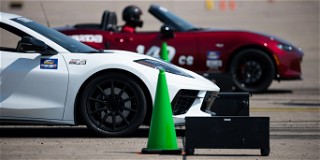 The ProSolo Series will once again will cross the country in 2022 with stops at some of the sport’s biggest and best venues. The staff is preparing for full fields of drivers ready to accept the challenge of autocross’s most competitive class and overall competition. Most exciting, 2022 will see the return of series points for challenges and class competition, meaning every round will count in the crowning of champions.

“The ProSolo team has been working tirelessly to be ready for 2022,” said Brian Mason, National Solo Series Manager, adding,” I am really excited for the 2022 season and the return of a ProSolo points series. This will be a year of proving we have overcome the challenges faced in 2020 and 2021 as we build on autocross’s most competitive series.”

Criteria and dates for ProSolo Finale registration have also been finalized, with the event having a cap at 275 drivers:

Current and will-be electrified vehicle competitors should stay tuned for an EV-X ProSolo announcement in the coming weeks.