In the News: Yellowstone Region RallyCross 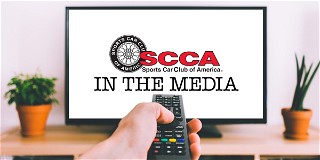 The word “Yellowstone” conjures up images of bison, bears and geysers — or maybe Kevin Costner in a cowboy hat. A dark, 50-year-old Chevrolet Chevelle tossing up dust and dirt, however, wouldn’t be an image normally associated with “Yellowstone” — until now.

SCCA’s Yellowstone Region held a local RallyCross in November at Yellowstone Drag Strip in Acton, Montana — an event that drew media coverage from KTVQ-TV in Billings.

Journalist Mitch Lagge noted in his report that Yellowstone Region has a history of holding autocross events at parking lots in the Billings area. But this year marks only the second season for RallyCross activities.

While the KTVQ story has some great quotes from various participants, and some nice photos; the “belle of the ball” must be Joel Dietrich and his 1971 Chevy Chevelle.

“I brought the Chevelle because I felt like seeing if anything was going to break on it," Dietrich said with a laugh in the story. “It runs pretty strong. So as long as the suspension holds up, I should be able to make it through the day,"