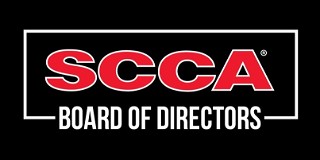 Results are in for the SCCA Board of Directors (BoD) elections conducted in five of SCCA’s geographic Areas. Three new board members were selected, and two incumbents rejoin the board for another three-year term in office.

In addition, current Area 11 Director Jason Isley has resigned his position following a move to a different SCCA area. During Wednesday’s (11/17) Board of Director meeting, the current board, as per SCCA Bylaws, selected 17-year-member Dale Shoemaker, of Henderson, Nevada, to complete the current term.

Complete 2021 Board of Director election results:


The full 2022 SCCA Board of Directors is as follows:

Election ballots were reviewed by Mize CPAs Inc. The current board is set to have one more meeting in December, with new BoD members officially taking their seats January 1, 2022.