From Your Eyes: A Pair of National RoadRallies 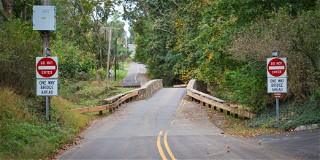 Finally…some SCCA National events that are not hundreds of miles from home!

The first step is getting the family Toyota RAV4 ready for its maiden rally event, installing some extra outlets for the original Chronar (serial number 000 from Ed Rachner—this was his original prototype) and for powering the ALFA odometer (third time we used it) as well as thinking about “night” lighting in case the weather is dark and dreary. Next up is strapping down the rally tool box and milk crate (containing fire extinguisher, flares, emergency triangles, tow ropes, tire iron, duct tape, tie downs—better to have and not need rather than need and not have!) in the rear area.

Since we were late committing to participation, we planned on leaving the house early and accomplish the registration check-in on Saturday morning by appointment. We also had to make a reservation at the Marriott (at twice the price!) for Saturday night because we were too late to reserve a room at rally headquarters

I pick up my navigator and son, Doug, at his house at 6AM and drive down the Parkway to the start of the North By Northwest. Registration runs smooth, pick up the route instructions and start taping the pages together on our home-made center reader. We were surprised to be car #1. In my earlier experiences, the first five cars at manned checkpoints on occasion have had to deal with checkpoint crews getting organized and settling into a car arrival rhythm; cars after ten on occasion would have to deal with locals upset on the use of their rural roads. We wondered how Jim Wakemen was going to get us across the heavily traveled Route 1/Interstate 195 corridor.

The morning section included two ghost control sections (the first section for about 5 miles, followed by a second section of around 10 miles), each section containing six timing controls. It reminded me of the old days when checkpoint locations were not identified in the route instructions and would occur anywhere at any time. The specified CAS’s were on the higher side (CAST 48 and CAST 47) but did occur on a decent county road. It turned out you could set the cruise control at 49 MPH (and according to the navigator), drive along at 47.9 MPH requiring the occasional tweak to catch up. First time I ever used a cruise control during a rally—and did it for 12 controls. We scored a total of 10.0 points in that 12-control section.

We also had a short stretch through the Pine Barrens. It brought back memories of rally events that were almost entirely within the sand roads of the Pine Barrens (seem to recall the Not Quite Pro event out of Asbury Park with brisker speeds a few decades ago). I only recall seeing one water puddle—although I also remember avoiding rain puddles at all costs since you could never tell how deep the depressions could be or how much time you could lose! I guess a lot of cool roads were lost to competition when the Pine Barrens became a national preserve and state forest service become even more environmentally sensitive, but I wish there were longer runs on the sand roads.

The last couple of miles of the event took us in a small loop in Clinton to see another one lane bridge (seems we ran across a lot of one lane bridges today) to look at dam-water fall and a red barn. After traveling 207 miles during North By Northwest, we arrived at the NJ Monte HQ, finishing second to last year’s National Champs in Limited Class.

I told Doug that I would be coming back to run the route without any pressure so I could take some pictures of all the one lane bridges we crossed today (one even had a traffic light). I also need to take a photo of the bridge the route instruction stated “bridge view blocked by hill” and took a sharp right hand turn right after the crown of the bridge—definitely not taking that one at any speed!! The overall winners for this touring event were Bruce Gezon and Bob Morseburg in Class E with 19.8 points (currently first in national standings), Satish Gopalkrishnan and Savera D’Souza in Class L with 82.7 points (also currently first in national standings) and Griff Jones/Chris Haka in Class S with 228.8 points (currently ninth in national standings).

We heard that Jim Wakemen put in 8,000 miles laying out and checking the route for North By Northwest. That’s what happens when you plan to end an event hundreds of miles from your home. I was also really impressed on the rural-ness of the route—never thought that would be possible in New Jersey.

Registration for the Monte came with coffee and three dozen doughnuts (Thanks to Peter!) In addition, the Rallymaster thoughtfully provided magnifiers and rulers as part of the registration packet to assist in estimating distance on the map. Start of the Monte was under less than ideal weather conditions (Note to self for next time: Apply Rain-X and change the wiper blades before the event). Doug spent an hour copying and highlighting the master route onto our old school fold out map. I told him that the winner would be the team that hit the most passage (route)  controls (equivalent score to a max timed control) rather than the scores at timed controls. Turns out there were 10 passage controls and 20 timed controls. We maxed a couple of the timed controls due to brain fade—one by navigator failing to add the time allowance in the Richta app after we discussed the amount and getting a max late and one by the driver not paying attention to the mileages and getting a max early.

Although we started out well, we were forced to start taking time allowances while figuring out where we went wrong on the map. A couple of occasions we reached a mileage reference that did not exist—so we goofed somewhere and backtracked for a road turn we must have missed. At one point during the morning, our time allowances had grown to 18.5 minutes—dangerously close to the max allowed of 19.5 minutes. We did have a point where we hit all the timing controls and got completely lost—so we followed the compass heading north until we got to an identified route number and then were able to recover to the lunch break restart. Luckily, the lunch break was long enough for us to get back to starting on time.

We only hit five out of the ten passage controls. Nobody on the rally made it to all ten. There were two passage controls that only two teams correctly passed. The Rallymaster later told us we were the only team to correctly make passage control ten. How did we accomplish that? First we went down the correct road, driver felt it was in error and we turned around. Went down the wrong road and navigator insisted this was the wrong road based on looking at the map. Another turn around, another re-start and figuring out how much a time allowance was required. The lady in the rocking chair at the intersection was probably wondering what we were doing having returned to the “Authorized Vehicle” sign three times. Doug was really proud his map reading skill level had improved to catch that trap—especially since this was his first exposure to a map reading event. Passage control number nine was missed by all the teams!

Doug then spent the next couple of days at home with the magnifying glass on the map and critique slips to see what we did right and what we did wrong. We both look forward to coming back next year.

P.S. In the old, old days decades ago, the NJ Monte was run at night with one CAS—30 MPH with passage controls using an ESSO map by General Drafting and attracting almost 100 entries.

Words and Photo by Ed Sain