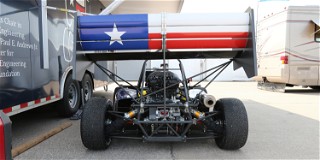 Competition at the Tire Rack Solo Nationals Championship is certainly a numbers game. One after another, drivers take their turn on course to set their best time, and positions can sometimes be decided by only a few milliseconds. But with nearly 1,130 entries, some other interesting numbers pop up each year. Keep in mind, however, the data below is compiled from a pre-event entry list. Numbers aren’t “official” until the event has concluded and the data can be tallied.

State of the States

The 2021 Solo Nats entry list shows a few more than 1,125 entries. Analysis of those entrants reveals that 45 of 50 states, as well as the District of Columbia, have representatives at Lincoln Airpark this week. Oh, and there are also a handful of Canadians, too.

Texas is most represented with 109 entries. Behind them is California with 75, and then 60 from Colorado. Michigan and Pennsylvania each have 58 entrants, and there’s another 50 from Florida and Ohio. Then it’s Illinois and Nebraska that pop up with 45 entrants apiece. Missouri edges out Kansas when it comes to competitors, 41 to 40, then we’ve got 35 delegates from Virginia and 31 from North Carolina.

At the opposite end of this spectrum, there are seven entrants from Oregon and South Dakota; six from Montana, North Dakota, Nevada and West Virginia; five from Louisiana; three from New Hampshire; and two each from Delaware, Mississippi and Hawaii.

Today, there are 114 regions that make up Sports Car Club of America. Ninety-one of those regions have members at this year’s Solo Nats. Nebraska Region wins the “most represented” award with 55 entrants. But since Lincoln — site of Solo Nats — is in their home state, we expect them to show up to play in their own backyard.

Only one competitor behind Nebraska Region is Colorado Region with 54 entrants. Chicago Region and Lone Star Region are next on the list with 39 entrants each. Then it’s Texas Region with 38 entries, New England Region with 37, and Cal Club with 35 folks. Northwest Ohio Region, San Francisco Region and Washington DC Region chime in with 33 drivers apiece, followed by Milwaukee Region with 32 competitors on hand.

There are many regions that also have a single member in attendance at Solo Nats, including Blue Mountain Region, Central Louisiana Region, Chattanooga Region, Misery Bay Region, Montana Region and South Jersey Region. Whether one representative or 55, we are certainly glad to see 80% of regions represented here at Solo Nats after a forced, one-year hiatus. And from the smiles on the faces in the throng, everyone is pretty glad to be back, too.

Of the nearly 1,130 competitors in attendance at Solo Nats this year, 51 are “rookies” making their first appearance at the event. For first-timers, it’s a lot to take in, but welcome, welcome, welcome! We’re so glad you’re here.

Not surprising, there is a whole other horde of drivers on site with a bunch of autocross experience. Data included on the Solo Nats entry list shows that two competitors in attendance have been autocrossing for more than 46 years, and four others have between 41 and 45 years of involvement. A big “hooray!” goes out to these diehard Soloists!

A large group of individuals, numbering 307, have been autocrossing between two and five years. Another 252 people have between six and 10 years of experience swerving around cones. Equally impressive are the 164 others on site this week at Lincoln Airpark who have been living the Solo lifestyle for between 11 and 15 years.

Upwards of 16 to 20 years of autocross experience is owned by another 94 competitors at Solo Nats this year, and 76 more have between 21- and 25-years practice behind the wheel of an autocross car. Another 53 have between 26 years and three decades of time spent in the sport. Topping that are the 25 folks who have been enjoying autocross for between 31 to 35 years, and a select 14 drivers have been having Solo fun from 36 years to four amazing decades.

Cars, cars and more cars pack into the nearly 125-acre Solo Nationals site each year. Driving through the paddock is like traveling through a kaleidoscope of color, and it’s a wonderful “car show” to lay eyes on. Except at this car show, the vehicles head out and make some noise over four days on the two courses found at Solo Nats.

Entry data shows the most populated car class this year is Solo Spec Coupe with 58 entries. Not too far behind is E Street with 53 drivers, and then Street Touring Sport with 50 challengers. We then drop into the 40s with Street Touring Xtreme’s 47 entrants, followed by 44 competitors in both CAM-C and D Street. There are 43 racers in H Street, 41 in A Street, and another 40 in B Street.

Classes numbering in the 30s are plentiful, too. You’ve got Street Touring Ultra with 38 folks, C Prepared with 37 drivers, and Super Street has 36 competitors. C Street and Street Touring Roadster share 34 entrants apiece, and G Street adds to the fun with 32 racers.

Grip means a whole lot in autocross, and there’s lots of grip to be had at the Lincoln Airpark site where Solo Nats has been held for more than a decade. So, let’s take a look at the tire “choices” competitors reportedly made this year.

The top tire of “choice” this year is Yokohama, being used by 316 entrants. Second-most favored rubber, selected by 293 drivers, is Hoosier. Then there are 239 competitors running on Falken, which is also the required “spec” tire of the Solo Spec Coupe class.

There are 73 people who have selected to put Bridgestones on their cars, and 71 opted to use BFGoodrich tires. Avons are shod on the vehicles of 36 competitors, and another 25 have looked to Goodyear for grip at Lincoln Airpark.

Five drivers listed Kumho as the tire they’re using, and both Continental and Michelin have three devotees each. Two entrants have placed their bets on Dunlops or Pirellis, then Nitto and Federal close out the tire-usage list with one competitor apiece.