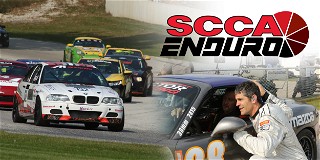 Behind the scenes of the SCCA, a group of people collectively known as the Endurance Racing Board (ERB) have been not-so-privately working on SCCA’s newest program — team Endurance Racing.

Since that first announcement, the ERB has spent time exploring what works in these settings, who wants to participate, and what the feel and culture of SCCA Endurance Racing should be.

While a more formal set of rules and classing is coming soon, the following sections outline the culture that the SCCA is looking to establish in the program and set a baseline for what is to come.

The SCCA Endurance Racing program is built on the team concept, and SCCA’s unofficial motto of “fun with cars.” While budgets will vary between teams, it is important that the SCCA Endurance program is an inclusive activity. The program is geared to the notion of “bang for your buck” and the ability to pool resources with friends.

While rental seats will inevitably be available, the program is designed for a group of people or friends to work together, get a race car ready, and share that experience and cost to complete a goal — in this case, the race.

The ultimate goal of each SCCA Endurance race event is for all cars to finish. Of course, there is room to take the racing as serious as any team would like, but on-track contact, off-track conflicts, rule-bending, cheating and generally poor attitudes are counter to the goals of the program and won’t be tolerated.

All contact (yes, let’s get it out of the way — bump drafting is absolutely contact) will be investigated, with standard, significant penalties for avoidable incidents. For transparency, a list of standard penalty guidelines for common infractions as well as a list of penalties assessed will be published in advance. In other words, you’ll have a pretty good idea of a penalty before it’s even committed — so just don’t do it! Mistakes will happen, but we’re here to have fun and race cleanly.

A full ruleset is coming soon, but the car rules will follow the same guidelines. What we know as Touring 2 in the SCCA sprint racing world — E46 BMW M3s, C5-generation Corvettes, Mustangs and Camaros will be the top end; B-Spec and Spec Miata are poised to be popular examples of cars with less horsepower; and there will be lots of room to split the difference.

As always, cars will fit in a box, but the goal is to make the box large enough that your team can fit the pieces, parts and motor swaps in, in a way that fits your budget, dreams and ideas. The goal will not be a pro-racing style balance of performance where every car can run a lap time to the tenth of a second. Rather, the goal will be to give each team who invokes strategy, fuel mileage and execution the chance to earn the best finish they are capable of. This isn’t really a place for factory-built race cars; they have the rest of the world to use as a playground.

Obviously an SCCA competition license will qualify a racer. But the point of the program is also to introduce new people to racing with a lower barrier to entry. Experienced advanced-group track day and Track Night in America lappers could be eligible for a rookie license, which may come with some restrictions, but also some coaching and mentorship. Experienced racers from other motorsports organizations will also be welcome in the SCCA Endurance program.

The ERB has determined that team execution, endurance, durability and consistency are more important than outright lap times. Because of the wide variety of vehicles and modifications, balance of performance is a secondary goal after safety, consistency, culture and atmosphere. Much of the rule book will rely on the intent of the words, rather than creative interpretations of words. SCCA event leads in charge of events will operate under the guidance of what is written in the Endurance Rules, but also have the ability to interpret the intent of those rules when needed.

In short, the ultimate goal is to provide a safe, fun and welcoming way to race with the SCCA and with your friends. The SCCA has accomplished exactly this in its Track Night in America and Time Trials programs, and now has the tools and the resources to bring this attitude to road racing. The SCCA Endurance Racing program will bring road racing to a wide variety of fun-seekers and competitive racers under one umbrella.