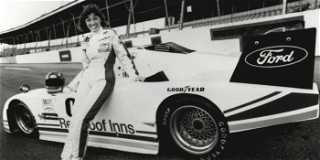 SCCA Hall of Famer Lyn St. James is a two-time class winner at Daytona, a class winner at Sebring, and a class winner at the 24 Hours of Nürburgring. She has also competed at Le Mans, qualified for the Indy 500 seven times, and was a 1988 record speed holder of 212.577 at Talladega in a Ford Thunderbird. Today, St. James is leading a different sort of race, the race to further equality in motorsports.

The issue of equality and fairness is something St. James spoke at length about during a recent interview with Autoweek writer Bradley Brownell. In the piece, St. James states that, “I didn't experience any sexism at the amateur level. My husband and I went to the races. That's what I loved about racing. Particularly as an amateur, they're so busy getting their own car together you just don't have time for that shit. When you get into the professional levels, now you're dealing with important opportunities that you need, fairness that you need, and you need to be treated equally. That's where women are denied, or they have to deal with other stuff that the guys don't have to deal with. You need to be equipped to deal with that.”

St. James goes on to talk a little bit more about her time in the cockpit, and shares thoughts on other contemporary female drivers. The article is certainly a worthwhile read as it holds some pretty interesting revelations, as well as some thought-provoking messages.

A woman of action, not just words, St. James founded the Women in the Winner's Circle academy which strives to support women in every form of motorsports in the U.S.  She is also co-hosting the upcoming Women with Drive summit taking place in Nashville during the IndyCar weekend. That event is sold out, but that doesn’t mean you have to sit on the sidelines if this is a topic dear to you.

SCCA has its own program, called the SCCA Women on Track Initiative, which is aimed at expanding participation of women in all facets of SCCA programs and activities as participants, volunteers, leaders or supporters. The Initiative is comprised of a four-person leadership team overseeing a committee of women representing each program area of the SCCA: RallyCross, Road Racing, RoadRally, Pro Racing, Solo, Time Trials, Track Night in America, and Volunteers/Officials.