Trent Hindman: From SCCA to IMSA 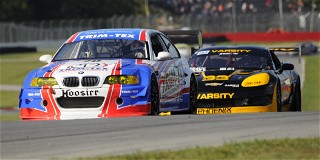 Trent Hindman is one of professional sports car racing’s budding superstars, competing full time in IMSA Michelin Pilot Challenge and the IMSA Prototype Challenge. In addition, the 25-year-old has generated a name for himself as a guy who can jump behind the wheel of anything.

That isn’t an opinion, the facts back it up. This season, Wright Motorsports called on Hindman to co-drive their Porsche 911 GT3 R at the Rolex 24 At Daytona and the Mobil 1 Twelve Hours of Sebring (to fourth and second-place finishes, to boot). In 2019, his lone full season in IMSA WeatherTech Sports Car Championship GT Daytona (GTD) competition, Hindman scored the season-long championship in an Acura.

This week, Hindman returns to action at Mid-Ohio Sports Car Course in his Michelin Pilot Challenge Aston Martin, as well as the Prototype Challenge machine.

Of course, we SCCA members think of Hindman at Mid-Ohio in 2016, locked in a GT-2 duel at the Runoffs with Andrew Aquilante – and coming away with the win. That was just three years after a thrilling, similar battle went the other way, when Hindman was just 17 and announced himself as a force.

Our friends at IMSA have noticed too, and the team at IMSA.com recently profiled the prolific young racer here.

But once an SCCA racer, always an SCCA racer – and when Hindman returns to Mid-Ohio this weekend as a professional, he’ll have 67,000-plus fellow Club members cheering him on.

You can watch Hindman via TrackPass on the NBC Sports app all weekend long. His Michelin Pilot Challenge race begins at 3:35 p.m. ET on Saturday, May 15; his Prototype Challenge race is at 9:40 a.m. on Sunday, May 16. Those of you who prefer to watch on cable can see both races, tape delayed, at 2 p.m. and 4 p.m. ET on Tuesday, May 25 on NBCSN, so set your DVRs now!