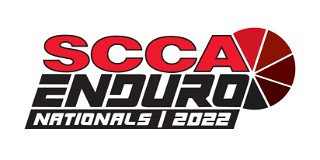 More than 40 years ago, SCCA was at the forefront of affordable endurance racing, with successful events like the Longest Day of Nelson serving as the model for events across the country. Tapping into that heritage, and mixing in the Club’s renewed focus on participant experience across its nationwide footprint, the new program model launches its inaugural National Championship event at Sebring, the “Birthplace of American Endurance Racing.”

“To many, there is nothing more rewarding or prestigious in amateur motorsports than to win an SCCA National Championship,” Eric Prill, Vice President of Road Racing said. “And while championships are earned through head-to-head competition, the foundation of SCCA is formed by friendships behind the scenes. We have a culture based on the idea of helping one another fulfill our dreams, from driving on a racetrack for the first time all the way to becoming a champion. The team concept runs deep within the club, and this program provides our members the opportunity to actually compete with their friends, rather than simply against them.”

SCCA has been all but out of endurance racing nationally for several years. The national series of the ‘80s quickly became a playground for professional teams and drivers, and while some SCCA regions continued endurance programs, there was not a unified effort by the organization to continue developing this space. Other, privately-owned organizations formed across the country to serve the market, while SCCA focused on its core sprint road racing, autocross and rally programs.

Over the past decade, SCCA has expanded its focus beyond the competition to the complete motorsports experience. Programs like Track Night in America Driven by Tire Rack modeled a fresh attitude and behavior, with the overarching theme being that of “One Team, One Experience.” This philosophy has expanded across SCCA’s national programs and Championships, pairing the fierce competition for which the Club is known with a friendly and fun atmosphere.

SCCA President and CEO Mike Cobb said that the new National Championship event will serve as the starting point for a program that can be deployed locally by SCCA regions at nearly every racetrack across the country.

“While the launch event will be for a prestigious SCCA National Championship,” Cobb said, “the program will be scalable, providing our members and regions opportunities across the country to continue to have fun with cars in a variety of ways with their Club. SCCA Enduro will be complementary to our existing Road Racing, Solo, Rally and Time Trials activities, as well as our joint initiative with IMSA to develop the next generation of motorsports participants.”

The inaugural event is built around a 20-hour invitational race, broken into segments over two days. National Champions will be crowned when the checkered flag falls under the lights Saturday night, April 2. Additional details on the format and rules package for the event will be forthcoming. The goal is a team competition utilizing modified production-based (street) vehicles, with technical regulations designed to be inclusive, welcoming cars from existing SCCA classes, as well as those that race with other organizations.

“SCCA’s newest programs have been about delivering an experience, rather than just facilitating a place to race or drive,” Prill said. “The Enduro format provides a new set of challenges and opportunities for friends to drive together toward a common goal. From preparing the car, to getting it to the track, strategizing the race and of course, sharing the driving duties, each member needs to contribute to achieve success, whether that is defined as winning or simply getting to the finish.”

The rules package and program development are being steered by an SCCA Board of Directors-appointed Endurance Racing Board (ERB). Like the SCCA Time Trials program, make-up of this team includes staff, SCCA members and two voting BOD liaisons. This group is responsible for charting the path of the program, including the sporting and technical regulations as well as determining the invitation and eligibility process for the 2022 event. Further, it will establish a driver licensing strategy, establish event management structure and procedures, and develop a road map to take the program from a National Championship event to a nationwide program for SCCA regions to deliver.

Updates will be announced as they are available at www.scca.com/enduro, with final technical regulations for Enduro Nationals available no later than October 2021. To provide feedback about the event or program, please e-mail enduro@scca.com.