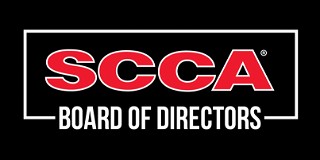 Results are in for the SCCA Board of Directors (BoD) elections conducted in four of SCCA’s geographic Areas. Two new board members were selected, and two incumbents rejoin the board for another three-year term in office.

Complete 2020 Board of Director election results:

Election ballots were reviewed by Mize CPAs Inc. The current board is set to have one more meeting in December, with new BoD members officially taking their seats January 1, 2021.