Press On Regardless: the coolest event you’ve never heard of 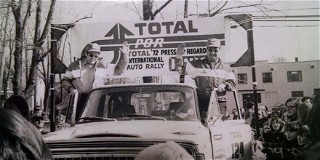 As the oldest continuously run rally in North America, the Press On Regardless Rally (POR) has been held on the roads of both of Michigan’s peninsulas since 1949. This year, its 72nd running will start on Saturday, September 12, and will end in the wee hours of Sunday, September 13. Andrew Layton has written a terrific book on the history of the rally, titled Press On Regardless: The Story of America’s Oldest, Longest, and Meanest Road Rally. We recently caught up with Layton to learn more about this rally and its amazing story.

“It started in 1949 when the core members of the Detroit region of the Sports Car Club of America were looking to create a signature event for the region,” relates Layton. “A couple of the guys had attended the 1948 grand prix at Watkins Glen and came back full of enthusiasm.” In addition, many of the region’s members had returned from England after World War II and had brought back British sports cars—primarily MG TCs. The founding members of POR included George Gaston, who was head of the Detroit region; Charlie Davison, an Englishman living in Michigan; Harold Lance, and Bob Collins. The group met at Davison’s house in Birmingham, Michigan, and were discussing what to name this event. “One of the gents suggested POR, or Press On Regardless, which was an unofficial motto of the pilots of the Royal Air Force,” says Layton. “In their honor, the group chose that name for the rally.” 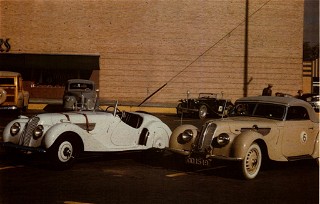 In October 1949, the Detroit region held the first POR as a time-speed-distance (TSD) rally. It started at the Dearborn Inn, then traveled to Battle Creek, Flint, and then back to Dearborn for a total of roughly 360 miles. The route wasn’t quite as rough as later rallies would be, so many of the cars were specials and hot rods. The winning team of this first POR was driver Vince Gardner and his wife, Louise; their car was a one-off 1947 Studebaker Special two-seater. “Gardner was actually a very accomplished car designer and had worked with Gordon Buehrig and assisted him in designing the Cord 810,” tells Layton.

The rally’s route changed every year, and in 1958, POR was held in Michigan’s Upper Peninsula and was the first epic challenge for the rally. This was also the first year that Scott Harvey would enter the rally, and from there he would play a key role in the evolution of the event. After 1958, the rally became increasingly more challenging, and in 1961, it was run as a twenty-four-hour around-the-clock event. Harvey was joined by Gene Henderson in making POR a world-class event. The pair would team up later for the 1964 Monte Carlo Rally. 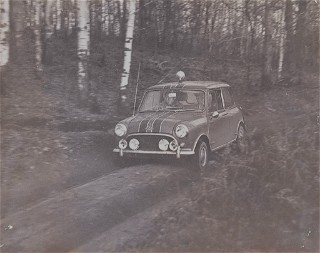 “At the time, they were the top-two American rallyists,” says Layton. “The fact that they were from Detroit was amazing, and they helped make POR the premier rally in America throughout the ’60s and most of the ’70s.” In 1969, POR switched from a TSD rally to a stage rally.

In 1970, POR appeared on the FIA’s international rally calendar as a non-championship, non-points event. As a result, more drivers from Europe started to appear. In 1972, POR was added to the International Manufacturers’ Championship calendar, and this was the year that the Lancia factory team showed up with one of its top drivers, Harry Källström, piloting a Fulvia 1.6 Coupe HF. Lancia was the odds-on favorite to win, but Gene Henderson had other ideas. Henderson had a deal with American Motors, which owned Jeep at the time. Henderson entered a team of Jeeps in the rally and piloted a white Jeep Wagoneer, nicknamed Moby Dick “It was pretty much a shock to the entire community when Henderson went on to win the 1972 POR,” states Layton. “It was the first victory of an all-wheel-drive vehicle in an international rally.” 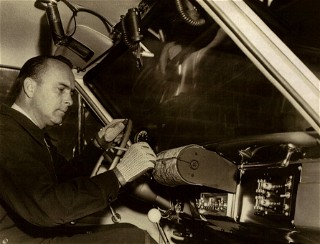 The years 1973 and 1974 were on the World Rally Championship calendar, and they were the first such events to be held in the U.S. In 1974, the Renault 17 Gordinis came over, piloted by Jean-Luc Thérier and Christian Delferrier, two of the best French rally drivers of the era. That was also the same year the entire rally was staged in the Upper Peninsula, and the teams ran afoul of the local constabulary.

“On Halloween eve, with the kids of the town out trick or treating, one of the Lancia Stratos did a massive burnout on the main drag of the town of Felch and hauls through town, which caught the attention of the local sheriff,” Layton says.  “The sheriff went to the next stage of the rally, set up a roadblock, and asked all of the teams to leave his county.” As a result, a majority of the stages had to be scratched and the winner wasn’t decided by the FIA until many months later.

Through the 1980s and 1990s, the rally continued as an SCCA Pro Rally event. These were the years when legendary rallyists such as John Buffum and Rod Millen raced in POR and engaged in epic battles on the backroads and logging trails of Michigan. “Many of those roads were designed for speed limits of 25 mph,” points out Layton. “And were now seeing speeds well above 100 mph.” 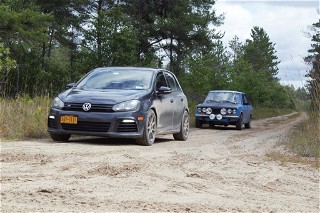 Today POR is once again a TSD rally, and literally anyone can enter. “The great thing about today’s POR is that it is very accessible,” explains Layton. “As long as you have a valid driver’s license, a street-legal vehicle, and sign our form, you can run in POR.”

This year, there are 22 teams entered, with vehicles including not only the usual suspects of Subaru WRXs, Audi A4s, and Jeep Grand Cherokees, but there are also Chevrolet Cobalts, Ford Fiestas, and even a 1972 Datsun. “The event is not a car-breaker,” Layton concludes, “but low-ground-clearance vehicles are definitely not recommended!”