Meet The Club Racing Board: Part 1 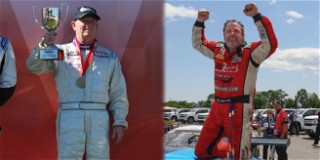 This article first appeared in the June, 2020 edition of SportsCar Magazine. Everyone can read the current and past editions of SportCar digitally here. To become an SCCA member and get SportsCar mailed to your home address monthly in addition to the digital editions, click here.

Well, my friends, these have been trying times. Never in my life did I think a virus could bring much of this great country of ours to a screeching halt. So, with racing suspended for a moment, I thought we’d take the time to introduce you to a few of the current Club Racing Board (CRB) members.

We’ll begin with Tony Ave whose racing career started out with snowmobiles, where he was the 1993 Pro Sprint world champion. Tony then moved on to Pro Atlantic, Trans Am, IMSA, IndyCar, NASCAR, and USAC. He was the 1992 SCCA Oldsmobile Pro Series champion, 2007 GT-1 Runoffs champion, and a two-time Trans Am champion. Tony is also the owner of RPX parts and Ave Motorsports, manufacturer of Trans Am, GT-1, Pan Am GT, Super Sedan, and Wesbank V8 racecars. On the CRB, Tony is liaison to the GT and American Sedan committees, but continually supports the Formula and Sports Racer committee, too.

Next to be introduced is John LaRue. John is the owner of LaRue Motorsports Law, a boutique practice concentrating in legal, business, compliance and appeals, and marketing issues of the motorsports racing industry. John’s list of clients includes sanctioning bodies and race teams. He also works with more than 100 up-and-coming drivers on matters including minor emancipation for purposes of competing in professional motorsports. John is also owner of CarbonTech, a distributor of carbon-carbon brake rotors and pads.

John started kart racing in 1976 and has multiple national and professional wins and championships. He has worked in all aspects of the karting community, which led him to become team director of an upstart IndyCar team. John has owned and driven SCCA Formula Fs and Formula Continentals with nine Runoffs podium finishes and two National Championships. On the CRB, John is liaison to the Formula/Sports Racer and Improved Touring committees.

The last CRB member we’ll introduce this month is David Arken. David’s motorsports career started with crewing for a circle track team in high school. He became involved with SCCA Club Racing in 1967, found himself working the San Francisco Region Driver’s School starting in 1973, and was the chief driving instructor for 25 years. He was on San Francisco Region’s Board as well as the Region’s competition director in the mid 1970s. David has provided driver training to Porsche Club of America, BMW Club, California Highway Patrol, and has worked for the Bondurant High Performance Driving School.

As a result of his Driver’s School involvement and being a competition director, David has a good working knowledge of all race weekend specialties and the difficulties of writing and managing a race weekend. He has also raced in HP, GP, BP, GT-1, DSR, and P2, building his cars from the ground up. On the CRB, David is liaison to the Formula/Sports Racer, GCR, and Touring committees.

Hopefully, by the time this article is published, we are returning to normal life and will have made it through this pandemic. In the meantime, let’s prep those competition cars – according to GCR specs – and be ready to go racing when the green flag flies.