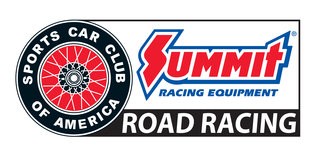 First is the Jim Fitzgerald Rookie of the Year honor, which goes to Formula Vee® (FV) driver Hunter Phelps-Barron of Longview, Texas. This award is presented to the SCCA Road Racing competitor showing the greatest promise and is based on driving ability demonstrated during the first season of National competition. Winners are selected by the Club Racing Board based on nominations submitted by Executive Stewards.

Having earned his SCCA full competition license in January 2019, Phelps-Barron jumped into the fray and competed in multiple U.S. Majors Tour® and Hoosier Racing Tire SCCA Super Tour events during the year. The result? He won the FV Southern Conference Majors Points Championship, and was runner-up in the FV Hoosier Super Tour Points Championship. Then in his first Runoffs appearance, he was part of an epic battle where the Texas Region driver finished second at VIRginia International Raceway (VIR) by a scant .080 seconds.

Next is the Kimberly Cup, which is awarded to the SCCA driver who has shown the greatest improvement in the past year and is chosen by the Club Racing Board. The 2019 Kimberly Cup recipient is E Production driver John Hainsworth of Marlton, New Jersey.

Hainsworth, a member of the South Jersey Region, previously competed at the Runoffs in 2015, 2016 and 2017 driving in the Super Touring® Lite class. For 2019, Hainsworth jumped to the E Production class where he finished fifth in the 2019 Hoosier Super Tour Points Championship. Then at the VIR Runoffs, he was runner-up by only 1.209 seconds, topping his previous best National Championship finish of ninth.

Finally, we have the 2019 Mechanic of the Year award, which goes to Ryan Downton of OPM Autosports. Mechanic of the Year is selected by SCCA technical staff based on submissions received through a survey completed at SCCA.com or through email invitation. To be considered for Mechanic of the Year, nominees must demonstrate a strong commitment to their duties and to the drivers they support.

A member of SCCA’s Atlanta Region, Downton began washing wheels at 18 years old, working his way up to the outstanding lead mechanic he is today. Managing all the builds and preparation for OPM's 40-car fleet of customer and rental cars, his competition vehicles are prepped to their full potential, and have won the Runoffs, June Sprints, National points titles, and Regional championships.

The Sports Car Club of America®, Inc., founded in 1944, is a 67,500-member motorsports organization that incorporates all facets of autocross, rally and road racing at both Club and professional levels. With headquarters in Topeka, Kansas, the SCCA annually sanctions around 2,000 events through its 115 Regions and subsidiary divisions. Much of the SCCA’s activities are made possible with support from the following Official Partners: Hagerty, the Official Insurance Partner of SCCA; Hawk Performance, the Official Brake Products of SCCA; Sunoco, the Official Fuel of SCCA; and Tire Rack, the Official Tire Retailer of SCCA. To learn more, please visit www.scca.com