1375: Just One Number to Know from Tire Rack Solo Nationals 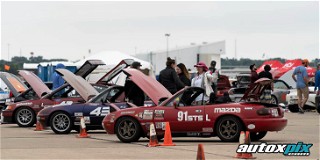 Each year, drivers come from far and wide to compete in the Tire Rack SCCA Solo Nationals. And each year Solo’s “official-unofficial” historian, Rocky Entriken tracks the results of each in his Solo Stats book.  The book began as personal notes used by Entriken in writing the official SportsCar coverage of the event, something he has done every year since 1973 and the first Solo Nationals.  Since then, it has come to be the record of every driver to compete and the authoritative account of event achievement, recording everything from winning streaks to margins of victory. And for 2018, 239 new names enter the book and more than a few new notes. Here are some of our favorites: 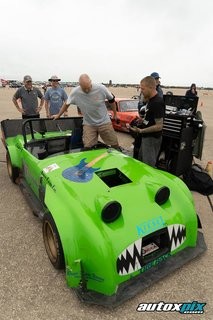 The 1,375 number was not achieved without controversy.  Sixth heats were added for Tuesday/Wednesday, and on Tuesday the sixth heat on each course ran past the 7:53 p.m. sunset time.  Only once before in event history has a course run to dark.  Though it is unlikely weather will be noted in Rocky’s book, it should be mentioned that the 2.15 inches of rainfall recorded that day also set a date record for Lincoln, Nebraska.

Ron Ver Mulm’s win in E Modified ended Jeff Kiesel’s record-setting streak of consecutive wins at 12, though  there is good trivia and sportsmanship in the fact that Ver Mulm took his final run in Kiesel’s Sprite.

With a win in F Street, Jeff Cashmore collected his twelfth Championship this year.  This enters him in a five-way tie for second on the all-time open class championships list.  He joins Kiesel, John Ames, Mark Daddio and Tommy Saunders. The record, 17, belongs to John Thomas who finished second in F Prepared.

While not a winner this year, Daddio did take the final trophy in Super Street which broke his tie with Gary Thomason for the longest run of consecutive trophies, including rookie year.  Daddio has collected 27 in a row, and never missed.

Also, on the list of first-time winners, Tommy Pulliam (C Prepared), Neal Tovsen (C Street Prepared) and Larry  MacLeod (K Modified).  The trio have long been members of the “no cigar club.”  They had competed in a total of 51 Solo Nationals, collected a total of 39 trophies and claimed 18 combined podium finishes before each taking first championships this year. 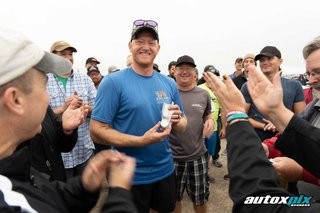 Jeremy Foley’s B Street Championship was also a first-time championship, but will also receive special attention in Rocky’s book as it tied for the eighth narrowest margin of victory in event history. Foley’s victory margin was a scant 0.006-second. 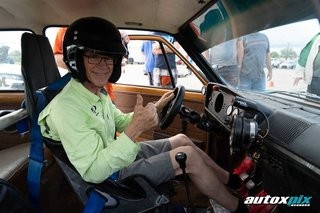 With a win in D-Modified, Bob Tunnell joins his wife, Patty, as the only drivers to have won championships in 5 SCCA categories.  Each now have at least one Championship in Stock/Street, Street Prepared, Street Modified, Prepared and Modified.  Combined, the pair now have 21 Solo National Championships, the third highest for a family behind Jeff, Shawn and Zak Kiesel (25) and Ron and Karen Babb (24).  No word yet on whether the Tunnell's will set their sights on a Street Touring Championship in 2019.

And last, but certainly not least, Randy Pobst made a triumphant return to Solo Nationals, claiming his third Solo National Championship in F Street Prepared.  Pobst’s two previous championships were in 1983 and 1986. With the 2018 title, Pobst eclipsed Jim Garry’s record for longest gap between championships (23 years, 1984 to 2007) and Jinx Jordan’s record span from first to last championship (29 years, 1987 to 2016).  And that’s how it stands at least for now, but who’s to say Pobst won’t get another championship down the road?