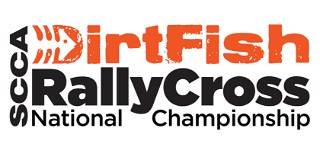 TOPEKA, Kan. (Aug. 3, 2018) -- The SCCA® Rally/Solo Department is on its way to a banner championship season.  Back in July, the 2018 Tire Rack SCCA Solo® Nationals reached its entry cap of 1,350 participants in only 100 hours, which brought about the decision to raise the cap to 1,400 entrants.  Now, the 2018 DirtFish SCCA RallyCross® National Championship has reached its cap of 125 entrants after only eight days.  Howard Duncan, SCCA’s Rally/Solo Senior Director, noted this is the second consecutive year the RallyCross championship has reached its entry limit.

“There appears to be no shortage of people who want to come have fun with their cars at SCCA’s RallyCross Championship and the Solo Nationals,” Duncan said. “In the coming days the SCCA Rally/Solo Department will again sit down and figure out if it’s logistically possible to raise the RallyCross Championship participant cap.  Of course, our goal is to allow as many people as possible the opportunity to come have fun with this Club.  But, just like with Solo Nationals, we want to make sure we’re not compromising the event’s quality for participants.”

This year’s DirtFish SCCA RallyCross National Championship takes place Oct. 12-14 at the National Balloon Classic Memorial Balloon Field in Indianola, Iowa. There will again be three unique course layouts over the weekend.  Runs are timed to 1/1000th of a second with missed “gates” resulting in a 10-second penalty.  Class winners are based on the total time of all runs Saturday and Sunday.