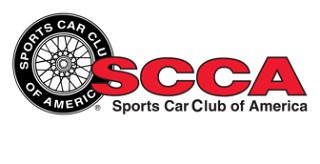 Victor, a member of SCCA’s Great River Region, was at Road America in Elkhart Lake, Wisconsin on Friday testing a Formula Continental on the 4.048-mile, 14-turn circuit in preparation for a race weekend when his vehicle was involved in a single-car incident. He was transported via medical helicopter to Theda Clark Regional Medical Center where he later died.

According to reports, Victor was Executive Director and Financial Planner at Victor/Volrath Group in his hometown of Davenport, Iowa. He was also a columnist for the Quad-City Times newspaper, and a regular contributor at KWQC-TV.  Additionally, Victor was a philanthropist in the community, noted for hosting the “Jim Victor Junior Achievement Golf Classic," a fundraiser for the Junior Achievement of the Heartland.

“Our hearts go out to Jim’s family and friends at this sad time,” said Mike Cobb, SCCA President and CEO.  “Jim was a great man in his community, and a valued member of the SCCA family.  He will be greatly missed.”

In lieu of flowers, memorials may be made to Junior Achievement of the Heartland.