Get to Know DirtFish Rally School 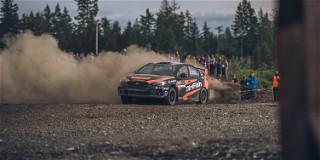 Did you know Rallycross is the fastest-growing form of racing in the world? It’s easy to see why- enthusiastic but relaxed community, short, fast races where the terrain isn’t exactly the same lap to lap, and an abundance of cars that can be both competitive and fun on course (did you catch this Jalopnik profile on that?). With SCCA RallyCross® programs all over the country, there’s ample opportunity for drivers to get into it.

For beginners or drivers who want to sharpen their skills, schools are always a great idea. DirtFish Rally School, the presenting partner of the DirtFish SCCA RallyCross National Challenge and the DirtFish RallyCross National Chmapionship, is the most prestigious professional rally and rallycross school in North America. Nestled in the foothills of the Pacific Northwest and just a mere thirty miles from Seattle in Snoqualmie, WA, DirtFish Rally School was established in 2010 with the idea that the exciting sport of rally should be accessible to everyone. The past 8 years have earned them a reputation for performance driving, specialized training, education and all-out commitment to the sport of rallycross!

More than just a rally school, DirtFish recognizes that advanced car control skills taught on loose surfaces like gravel and mud directly translate to track, desert, autocross and street driving, along with also being a unique, entertaining team-building option for companies and corporations. Professional DirtFish instructors pride themselves in teaching car control, confidence and safety behind the wheel year round, through various driving techniques built from the roots of rally to over 3,000 students a year from all across the globe. From fifteen years of age with a learner’s permit, all the way up to the sophisticated age of ninety, DirtFish has a program for everyone.

DirtFish also runs a successful motorsports team competing in the Americas Rallycross Series and the American Rally Association series in events all around the USA and Canada. They’re involved with NASCAR drivers, F3 and F4 drivers (did you see the July cover of SportsCar?), desert racers and many others! DirtFish ensures that whatever the student and their ability, they will be rewarded with an enthusiastic discovery of newly learned capabilities.

An impressive showing at the Americas Rallycross Series at COTA this month proved DirtFish drivers are a force in the sport. DirtFish Driver Conner Martell won the first ever ARX2 race at COTA. In fact, DirtFish drivers won every heat/race that happened throughout the day with Martell winning the 4th qualifying race, the semifinal and the final, rookie rallycross driver, Fraser McConnell, won two qualifying rounds and one semifinal, and Scott Anderson won the 3rd qualifying race. Martell and McConnell are currently tied for the lead in the ARX championship points with a race at Trois Rivière in Quebec, Canada happening August 4-5 and a return to COTA on the books for September 29-30.

It’s not always about racing though. DirtFish is always looking to give back to the community, as well. Their SummerFest family event, held on July 7th, was a great success with nearly 2,000 fans in attendance, over 20 vendors, and $4,500 was raised for charity, while the DirtFish ARX of COTA raised money for Meals on Wheels, Make a Wish and featured a Heroes Night Out for local veterans.