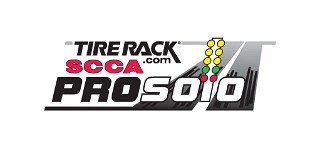 It has come to our attention that the two 2018 National Solo events at the Toledo Express Airport, scheduled for June 15-17 (ProSolo) and July 27-29 (Champ Tour), might be in jeopardy due to the available Solo area being used by another tenant.

An auto manufacturer that has an option on the space has exercised that option and placed a LOT of vehicles on the available Solo area. It is unknown at this time how long these vehicles will remain on the airport property.

Registration for the June ProSolo is scheduled to open the first week in May. However, if by May 1st there is not enough space available to conduct a National Solo event, the ProSolo will be rescheduled for July 27-29 and the Toledo Champ Tour originally scheduled for July will be cancelled. We are investigating some alternate sites for a Champ Tour on June 15-17 if we have to reschedule the June ProSolo.

On June 12th just prior to the opening of registration, we will determine if enough space will be available to conduct the rescheduled ProSolo on July 27-29. If space will not be available, we will be forced to cancel the event, as we are currently unaware of any site alternatives in the GLDIV area for conducting a ProSolo event. Any suggestions for a site on this weekend would be welcomed.

If any of the above becomes necessary, we will refund entry fees as needed.

As many of you who are event organizers know, some venues have contract out clauses that allow the owner to cancel within some period of time prior to our scheduled events if another opportunity is available to them. This usually applies to sports stadiums or other locations that might host large concerts. It is rare for this to happen at an airport, but it unfortunately does happen from time to time.

We apologize for any inconveniences and will keep you informed as we learn more.

In summary, nothing has changed as of right now. This communication is to let you know that there is a good possibility that it could.

May 1: Decision on June 15-17 weekend will be made. If not available, the Toledo ProSolo will tentatively move to July 27-29 date.

June 12: Final decision on whether the ProSolo can be held July 27-29.