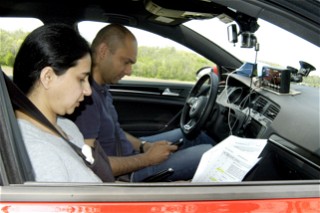 During a year which saw more than 25% increase in participation, SCCA RoadRally® crowned eight national champions in seven classes.

Amung the winners are Bruce Gezon who captured his 36th national championship and the husband and wife team of Satish Gopalkrishnan and Savera D’Souza who used their custom-designed navigation software to win the Class L Tour Series – their first SCCA National Championship.