At a Glance: June Sprints! 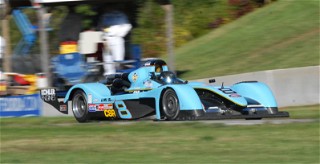 61st Running of the WeatherTech® Chicago Region June Sprints – Road America opened its gates for the first time in September of 1955, and the first race run was an SCCA National race. The summer of 1956 was the first full season of racing at Road America, and it included the Chicago Region June Sprints. This first running of the June Sprints was part of the SCCA National Sports Car Championship, a series that determined the SCCA Champions prior to the now-familiar Runoffs, presented by Garmin VIRB. The June Sprints has been held every year at Road America since 1956. This makes it possibly the longest consecutively held road race in America.

Live Timing and Notes:   Live Timing & Scoring, lap notes and more via the SCCA® Pit Board are available for all sessions through www.scca.com/live.

Photo: The June Sprints have been going on each year at Road America since 1956