IndyCar and NFL Stars Team Up for F4 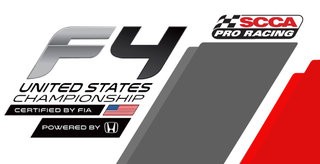 “We believe that F4 is the best step for young karters to graduate into a formula series,” said Goodyear. “Not only is it safe and cost-efficient, but F4 will focus on letting these young people go out and show their talents as drivers.”

Goodyear, Miller, and Vinatieri Motorsports will be a family affair. Goodyear’s son, Michael, will be racing in the F4 series this year, while Miller’s son, Jack William, will make his F4 debut in 2017. Joining the family is Austin Kaszuba, a 19-year-old driver from Dallas, Texas.

“From a dad’s perspective, I’m very pleased with this F4 series from a safety standpoint,” said Goodyear. “I want my son to be in the best and safest car and the package that the SCCA has put together is nothing short of that.”

Goodyear also serves as the Audi Driving Experience Canada’s Chief Instructor and is no novice to developing drivers.

“I enjoy teaching and I understand what it’s like to jump from a go-kart to formula cars, because I did it,” said Goodyear. “From setting the car up to speaking to engineers, I’ve been there and I understand the driver’s mindset.”